Whereas the left-hand half of this one went in fairly quickly I did have a bit of a struggle with the right side, so I make this the hardest back-pager of the week. Thanks to Giovanni for the entertainment. Let us know how you got on with it.
If you want to see an answer just highlight the space between the curly brackets under the clue.

1a  Against orders being given to achieve results (12)
{CONSEQUENCES} – the definition here is results or effects. A shortened form of the word contra, meaning against, is followed by things given in a specific order.

9a  Capital city a short distance to the west (4)
{LIMA} – reverse (to the west, in an across clue) A and the abbreviation for a metric distance to make a South American capital city.

10a  Set of rules which may mean men are ‘tied’? (5,4)
{DRESS CODE} – cryptic definition of a set of rules, in a workplace perhaps, which may define what male employees have to wear.

13a  Sea creature has first to swim (8)
{STARFISH} – a well-disguised anagram (to swim) of HAS FIRST. 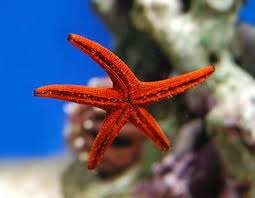 15a  Worship may be helping, even when strange at first (10)
{VENERATION} – a helping (of 7d for example) is preceded (at first) by an anagram (when strange) of EVEN.

16a  Prime requirements for the student are rubber and ruler (4)
{TSAR} – the initial letters (prime requirements) of four consecutive words in the clue produce the title of an old ruler.

18a  Stranded presumably and not feeling very well (4)
{ROPY} – double definition, the first a cryptic description of something made from strands.

20a  Resistant and high-handed, very contained (10)
{IMPERVIOUS} – an adjective meaning high-handed or domineering has V(ery) inserted and then means resistant or unreceptive.

24a  Doughnuts to get rid of before lunchtime? (6)
{ANNULI} – these are ring-shaped structures or objects, of which doughnuts are examples (indicated by the presence of the question mark). A verb to get rid of or nullify precedes the traditional hour for taking lunch.

26a  Fraud with phoney tickets right outside front of racetrack (9)
{TRICKSTER} – this fraud or conman comes from an anagram (phoney) of TICKETS followed by R(ight) around (outside) the front letter of R(acetrack).

27a  One managed to establish a republic (4)
{IRAN} – I (one) followed by a synonym of managed give us not only this Middle-East republic but also the curious way that most Americans seem to pronounce its name.

28a  See sort of artist in garret hop-hop around (12)
{PHOTOGRAPHER} – the surface isn’t great here – I can’t find hop-hop defined anywhere but I assume it’s a childish word for the way a rabbit moves. Anyway, the “sort of artist” that we want is an anagram (around) of GARRET HOP-HOP.

2d  The ranks irate, needing inner energy? One should provide fruit (8)
{ORANGERY} – the abbreviation for ordinary soldiers, excluding officers, is followed by an adjective meaning irate with E(nergy) inside (needing inner).

4d  After pursuit I had one held to be examined (10)
{QUESTIONED} – start with the sort of pursuit that medieval knights used to undertake and follow this with the contracted form of ‘I had’ with ONE inside (held). The result is a past participle meaning examined or interrogated.

5d  Nurse getting out drug? There must be safeguard (6)
{ENSURE} – an anagram (getting out) of NURSE is followed by the abbreviation for E(cstasy) to form a verb to safeguard.

6d  Buddies offering prayers, holding on (7)
{CRONIES} – buddies or mates come from prayers or pleas with ON inside (holding).

7d  She sipped her sloppy food (9,3)
{SHEPHERD’S PIE} – this traditional dish is an anagram (sloppy) of SHE SIPPED HER.

8d  Complete act as substitute (4,2)
{FILL IN} – double definition, the first being to complete a form, for example.

11d  Start to attack and exceed the bounds of reason? (2,4,3,3)
{GO OVER THE TOP} – another double definition, the first relating to starting an attack from the trenches, especially in WWI.

17d  Faller noted before start of Cup Final (8)
{EVENTIDE} – Cup Final here is a specific reference to the FA (i.e. English) cup final at Wembley. “Noted” means sung, so what we want is what falls fast according to the first line of the hymn traditionally sung before the start of the match. It’s also sung at the Rugby League Challenge Cup Final at Wembley – here’s Hayley Westenra’s version:


19d  Opening with image cut below it — an architectural feature (7)
{PORTICO} – an opening in the side of a ship for boarding or loading is followed (below it, in a down clue) by a religious image without its final N (cut).

21d  Vision’s funny, beginning to go (6)
{OCULAR} – the ‘s is important here. We want an adjective meaning relating to vision, i.e. a property of vision. To get it we have to drop (to go) the beginning J from a word meaning funny.

22d  Going mad circling bottom of oak tree (6)
{GINKGO} – I did know this ornamental Chinese tree but thought that the fourth and fifth letters were reversed (which is a variant spelling) so I was confused. Its name is an anagram (mad) of GOING around the bottom letter of (oa)K. It’s also known as the maidenhair tree and is used in traditional medicine.

25d  Stay for theatrical item (4)
{PROP} – double definition, the first being a verb meaning to stay or support.

My favourite clues today were 15a and 17d. Let us know what you liked.