A bit of a re-shuffle in Bloggingland, unfortunately caused by Tilsit being detained at the NHS’s pleasure, affords me another turn in the Hot Seat.  My first effort at blogging – back in the balmy days of January – was a Giovanni puzzle. I commented then that “We have a nicely balanced puzzle today from Giovanni. A good mix of difficulty and clue construction (including a couple of “old chestnuts”) that should please everyone”. Déjà vu all over again?

9a           Fruit drinks including pop devoid of content (6)
{APPLES} Another wrap-around – take a word for beers and insert (including) P(o)P to get these fruit.

14a         Famous inventor was in debt and shouted (8)
{BELLOWED} The Scotsman credited for inventing the telephone…………. 15a         Tax row in which artist suffers setback (6)
{TARIFF} Take another word for a minor quarrel and insert the standard abbreviation for artist reversed (setback) to reveal this tax, or duty

20a         Humourless-looking model, I have to create an image (8)
{POSITIVE} An adjective meaning humourless-looking, usually followed by -faced, is followed by a verb meaning to model or pose and then the standard abbreviation for I HAVE to derive this print, in which the colours are not reversed

22a         Restaurant offerings the man discovered in East Anglian town (6)
{DISHES} Insert the male 3rd person pronoun into this town (what would compilers do without it?) to find a general term for what is served in restaurants

23a         Returning soldiers will be having an undesired effect (10)
{BACKFIRING} I look to all you clever bloggers out there for your advice on this clue. Either I’m missing something, or it’s a somewhat iffy double definition of soldiers shooting the wrong way and a malfunctioning car

24a         Swelling fruit, soft from one end to the other (4)
{LUMP} A word for a swelling is derived from a well-known fruit  with its first letter (P=soft) moved to last

26a         Feature of car that may arouse gent’s ire (8)
{STEERING} Something basic to a car, typically powered, is an anagram (aroused) of the last two words (Be my guest, Pommers)

1d           Diagram produced by graduate of building design with skill (3,5)
{BAR CHART} This method of showing statistics is made up from a Bachelor of Architecture (abbreviated, 5) and a synonym for skill (3)  (BD assures me that the first “word” is in the BRB)

3d           Treasurer making sort of appeal in regional accent (6)
{BURSAR} This school treasurer is derived from a soft regional accent (John Arlott’s voice had this quality – well, we haven’t had any cricket clues today) with SA (sex appeal) inside

4d           French fortress to keep wet in hot conditions, bad inside (8)
{BASTILLE} Celebrated on July 14th, this fortress is built from a something you do to a roast (5) with a word meaning poorly inside

8d           Language of a lad brought up outside Rugby (6)
{YORUBA} Nicely misleading, for this is rugby as in sport. Take a synonym for A LAD, reverse it (brought up) and wrap this (outside) the abbreviation for the 15-a-side game to derive this language, spoken in West Africa. My “New Word of the Day”

13d         Fussy person not half — devil to get changed yet (10)
{PERNICKETY} A synonym for fussy is constructed from the first half of person, the nickname of the devil and an anagram (changed) of yet

19d         Buried under food shop is American composer (6)
{DELIUS} Take the abbreviations for a food shop (cold cuts & olives?) followed by (buried under in a down clue) America to derive this English-born composer (though he doesn’t sound it) 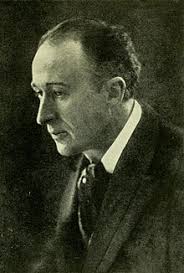 21d         Old cad leading soldiers — one to stir them into action? (6)
{ORATOR} O(ld), a synonym of a cad, or rotter, followed by a term for the non-officer section of troops and we get someone who might deliver fighting words to them before battle

24d         Scottish landlord, heartless and fat (4)
{LARD} This landlord (of the Manor) loses his middle letter to become fat

My thanks to Big Dave for staying up late and solving this – I was a bit short of time this morning, so needed a kick-start. Overall I thought that The Don has given us a challenging end to the week – 3, gusting 4, stars. What do you think?