Today’s Cryptic puzzle took me less time to complete than the “Quick” crossword. Old hands should zoom through this one, recognising a number of old chestnuts along the way.

1a    Part, we hear, by counter is protection for car? (7)
{ROLLBAR} – start with what sounds like a part in a play and add a counter across which liquor or food is served and the result is something that protects the occupants if a car overturns 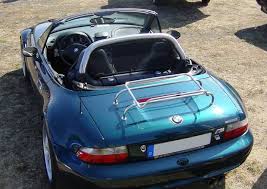 13a    Deft clue I misjudged? It’s misleading (9)
{DECEITFUL} – an anagram (misjudged) of DEFT CLUE I gives an adjective meaning misleading or dishonest 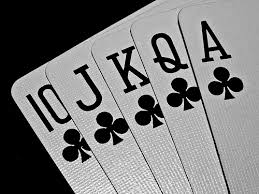 17a    Home around North trailed by a creature (5)
{PANDA} – put a slang word for a home around N(orth) and add the A from the clue to get a creature that can only mate for about two days in every year – presumably the female has a headache for the rest of the year!

18a    Fashionable gallery incorporating largely well-funded complex (9)
{INTRICATE} – put a two-letter word for fashionable and a well-known gallery founded by a sugar tycoon (not Lord Sugar!) around most of word meaning well-funded to get an adjective meaning complex

20a    Digital sketch? (9)
{THUMBNAIL} – a not-very-cryptic definition of a small sketch

23a    Combined number in queue lacking leader (2,3)
{IN ONE} – this phrasal adjective meaning combined or as a single unit is generated by putting the two-letter abbreviation of number inside a queue without its initial letter (lacking leader)

26a    Some tableware? I’ve rest ordered with note (9)
{SERVIETTE} – this item of tableware comes from an anagram (ordered) of I’VE REST followed by the seventh note of the scale in sol-fa notation

27a    Writer, one accepting start of nasty punishment (7)
{PENANCE} – start with a writing implement and then add a playing card with a value of one around (accepting) the initial letter (start) of Nasty to get this punishment

2d    Illness troubled girl around university (5)
{LURGI} – this illness (dreaded by the Goons!) comes from an anagram (troubled) of GIRL around U(niversity)

3d    Short song about Irish woman, one on stage? (9)
{BALLERINA} – put most of (short) a slow sentimental song around an Irish first name to get this dancer performing on stage

5d    Cheese placed around cooked roast close to grill (4,5)
{PORT SALUT} – this mild cheese originally made at a Trappist monastery is derived by putting a word meaning placed around an anagram (cooked) of ROAST and the final letter of (close to) grilL

6d    Very ace sink promoted in flat (5)
{VAPID} – V(ery) and A(ce) are followed by a verb meaning to sink which is reversed (promoted) to get an adjective meaning flat or insipid (rather like 5 down!)

7d    Sailor, six-footer, with tricky haul ignoring hot venomous type (9)
{TARANTULA} – a three-letter sailor is followed by an insect (six-footer) and an anagram (tricky) of (H)AUL without (ignoring) the H(ot) to get a venomous type of spider

15d    Fine staple food with a lot of advantage included in dish (9)
{FRICASSEE} – start with F(ine) and then put a staple food around most (a lot) of an advantage or benefit to get a dish of fowl, rabbit, etc. cut into pieces and served in a sauce 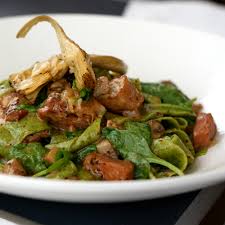 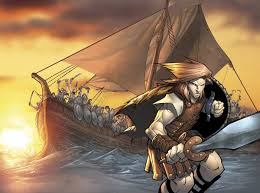 This should leave plenty of time to try today’s Toughie – it’s by Elkamere wearing his “Anax light” hat!