Toughie No 742 by Osmosis

Take your partner by the hand

Tilsit is unwell, so I’m reviewing the whole of this Osmosis puzzle instead of just the downs!

Although less difficult than we have come to expect on a Friday, this is still an excellent puzzle. Osmosis is one of only four current Toughie setters who have never come along to say hello, so why not start today?

1a    Toy dog barking during demonstration endlessly (3,4)
{RAG DOLL} – this toy is created by putting an anagram (barking) of DOG inside (during) most of (endlessly) a demonstration 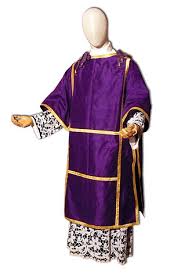 10a    Champion very loud in clubhouse following a birdie (9)
{CHAFFINCH} – start with CH(ampion) and the add the musical notation for very loud, IN and the abbreviation of ClubHouse all preceded by the A from the clue to get this birdie

11a    Wenger sticks with strikers gutted after latest dearth? (10)
{SPARSENESS} – put the first name of the whingeing Arsenal manager and StrikerS without the internal letters (gutted) after the abbreviation (unsupported by Chambers) for the latest news inserted in a newspaper after printing has begun (often used in the phrase “to give someone the **”) to get a dearth – I did consider whether the abbreviation is one used in betting, but it’s a bit tenuous

12a    Pair of Charlies, with a heart of gold, returned animal (4)
{CROC} – take two of the letters represented by Charlie in the NATO phonetic alphabet and insert (with a heart of) the heraldic term for gold and reverse the lot to get an abbreviated name for a large reptile

18a    Politician, resident in France, not working — on strike (6,6)
{NORMAN LAMONT} – this easily-forgettable former Conservative politician (now a life peer) was the one who carried the can for the Euro-leaning policies of his predecessor as Chancellor of the Exchequer (Nigella’s dad) on the infamous Black Wednesday – a resident of a part of Northern France is followed by an anagram (working) of NOT itself after a verb meaning to strike or beat

22a    500 airmen and others deployed for US carrier (5,5)
{DRAFT HORSE} – start with the Roman numeral for 500 and the abbreviation of the Queen’s airmen and then add an anagram (deployed) of OTHERS for the US spelling of this animal that can carry heavy loads

25a    Worker, 11, collects finished dish in trattoria? (9)
{ANTIPASTI} – a worker insect is followed by 1 and 1, both in Roman numerals, around (collects) a word meaning finished or over to get these dishes found in a trattoria – minor grumble: the singular ends in O

26a    Music flowed with a measure of loudness (1,3,1)
{R-AND-B} – this form of music comes from a charade of flowed, as in a river, and the abbreviation of for the unit used to measure the intensity of a sound

28a    Nether regions — where deodorant sprayed? (3,4)
{THE PITS} – these nether regions were popularised my John McEnroe and could be the parts of the body that are sprayed with deodorant

4d           Lord who disappeared, shouting ‘Toilet, toilet’ (5)
{LUCAN} – this descendant of the 3rd Earl (the one who lead the Heavy Brigade in the Crimea) disappeared after the death of his nanny in 1974 – his name is a homophone of a type of toilet followed by another type of toilet – a clue that should have been flushed down one of other of the two toilets!

7d           Awkward politician, with skill, spinning lines (8)
{CONTRARY} – this adjective meaning awkward is derived from a Tory politician (3) a skill reversed (spinning) and some lines on which locomotives run

8d           Philosopher moved the Parisian here on vacant seat (8)
{ETHICIST} – a general word for a philosopher is built up from an anagram (moved) of THE, the French (Parisian) for here and Seat without its internal letters (vacant)

13d         See you texting in Perth, with son touring English town (10)
{SCUNTHORPE} – put textspeak for “see you” inside an anagram (touring) of PERTH with SON to get an industrial town in North Lincolnshire

15d         Complaint from sibling about chlorine — painful to back (9)
{SCLEROSIS} – this medical complaint, an abnormal hardening of body tissue, is derived by putting the abbreviated form of a female sibling around the chemical symbol for chlorine and the reversal (back) of a word meaning painful

19d         Swinging attracts character here in SE Asia (6)
{BRUNEI} – put a two-letter word meaning swinging or attracted sexually to both sexes (are they the same thing?) around a letter of the futhork or ancient Germanic alphabet to get a small, oil-rich sultanate on the NW coast of Borneo

20d         London transport inspector seen on TV penny-pinching? (3,3)
{RED BUS} – to get this iconic type of transport used in London put the surname of Ian Rankin’s Detective Inspector around the abbreviation for an old penny – who is your favourite: John Hannah or Ken Stott?

24d         Music agent rejected act by entrants in Pop Idol (4)
{IPOD} – this device that changed the music industry for ever is created by reversing (rejected) a verb meaning to act and the initial letters (entrants) of the last two words in the clue.

I enjoyed this one, apart from the truly atrocious 4 down – BD’s Law: every good crossword is allowed at most one naff clue!