Toughie No 739 by Shamus

This Toughie from Shamus involves a lot of Tilsit’s wordsums making it a little difficult to get into, but once the grid started to fill, it became a lot easier. Parsing 1 down caused me a bit of grief, but I think I’ve got it right.

9a    Sailor disregarding cold plunged into river beside a capital (8)
{DJAKARTA} – put a four-letter word for a sailor, without (disregarding) C(old) inside (plunged into) a river in Devon and finally add the A from the clue to get an alternative spelling of the capital of Indonesia 13a    Trouble labourer recalled nuclear plant (6)
{DAHLIA} – reverse (recalled) a verb meaning to trouble and a manual labourer, drop (getting rid of) the N(uclear) and the result is a plant of the daisy family, which is cultivated for its brightly coloured single or double flowers.

18a    Quiet female group in part of Scotland — not for her? (8)
{FISHWIFE} – put the exhortation to keep quiet and the group of jam-making women inside a part of Scotland to get a derogatory term for a woman who is decidedly not quiet!

20a    Translator tackling epic writer, not hard, from East getting thrill (6)
{TREMOR} – start with the abbreviation of T(ranslato)R and then insert (tackling) a Greek epic writer reversed (from East in an across clue) and without his initial H(ard) to get a thrill

21a    Who’s batting after cricketer that’s bowled out in an exhibition for tourists? (8)
{ROADSHOW} – put an anagram (batting) of WHO’S after an England cricketer (father or son) without (out) his initial B(bowled) to get an exhibition for (or by) tourists

25a    Some mutterings I detected involving nearby seat? (8)
{RINGSIDE} – hidden inside the clue (some) is a seat near the action at a boxing match or circus

1d    Common saint in a cycle (5)
{BANAL} – to get this adjective meaning common or mundane start with the name of the first British Christian martyr, who was later canonized, and “cycle” the first two letters to the end 2d    A rascal initially tore wildly into worthless place for elders? (9)
{ARBORETUM} – start with A from the clue and the initial letter of Rascal and follow it with an anagram (wildly) of TORE inside an adjective meaning worthless to get a place for elders, and other trees

4d    Misplaced over-confidence before start of exhilarating modern discussion? (15)
{VIDEOCONFERENCE} – put an anagram (misplaced) of OVER-CONFIDENCE in front of the initial letter (start) of Exhilarating to get a modern way of holding a discussion

12d    Greek character, a failure, consuming bit of tonic with a lot of rage — and wine (5,4)
{PINOT NOIR} – start with a Greek character (2) and add a failure (2-2) around (consuming) the initial letter (bit) of Tonic and finally add most (a lot) of with another word for rage to get this wine 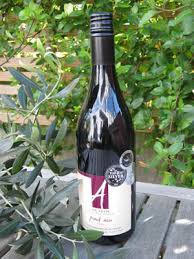 14d    Architect, predatory figure before accommodation got taken up (9)
{HAWKSMOOR} – this English architect, who became a clerk to Sir Christopher Wren and subsequently worked with Vanbrugh at Castle Howard and Blenheim Palace, is derived from a predatory bird followed by some accommodation reversed (got taken up in a down clue) 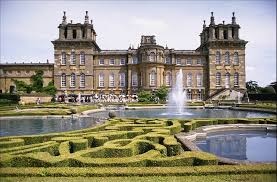 17d    Lover of rock and roll dancing around back of discotheque that is getting a lift (7)
{LORELEI} – a rock on the bank of the Rhine, held by legend to be the home of a siren whose song lures boatmen to destruction, is derived from an anagram (dancing) of ROLL around the final letter (back) of discothequE followed by the abbreviation of the Latin for that is reversed (getting a lift in a down clue)

19d    Piano in musical exercise close to stall — a theatre accessory? (7)
{SCALPEL} – put P(iano) inside a musical exercise and then add the final letter (close) to stalL to get an accessory used in a hospital theatre

22d    Banger from Western city of old put on road (5)
{WURST} – this German banger or sausage is a charade of W(estern), Crosswordland’s favourite city of old and an abbreviated urban road

A tougher start to the week than we have come to expect.