1a           Sewer makes water kind of miss lock (10)
This sewing lady is a charade of a large expanse of water, the pretentious form of address for a Miss and a lock of hair 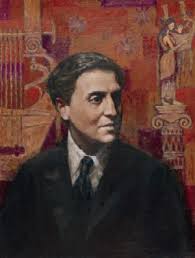 9a           Lady in charge joining church to miss flying (10)
This lady in charge of a committee is a charade of the abbreviation of CH(urch) and a miss, like Amy Johnson, who flies an aircraft 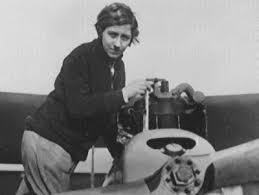 12a         Play cricket getting ton having support on all sides of Stamford Bridge perhaps (12)
… not Chelsea’s home ground (well, not usually!), but the village in the East Riding of Yorkshire which was the site of a conflict on 25 September 1066 that marked the end of the Viking era in Britain [When I searched for a picture, the first one to come up on Google was my own from the review of Toughie 323!]

21a         Ideal place for Strauss, a special musical talent (7,5)
… the first part of this double definition cryptically refers to Andrew Strauss the English cricketer, not Johann Strauss the Austrian composer (although some might say even this might not help him!)

27a         Cross about old soldier in north-east being stubborn (10)
Put a word meaning cross or angry around an old soldier, particularly an American one, itself inside the abbreviation of North-East

1d           Wine container (4)
You wouldn’t keep wine for very long in this container!  Just as well that it is a double definition – an old-fashioned name for various dry white wines from Spain and the Canaries and a container for flour or coal