25a         Hits drive to one side, going left into grassy area (5)
A verb meaning hits the golf ball intentionally in such a way that it moves from one side to the other in the air is reversed (going left in an across clue) to give an expanse of short grass 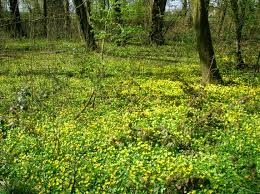 1d           Flatter piano used on TV serial (4-4)
This verb meaning to flatter is derived from the meaning of the musical term piano and a sentimental, melodramatic television serial

6d           A couple of top brass, eccentric and kind of shy (7)
A person holding a senior commission in the army is repeated and followed by an eccentric to give a kind of shy found at the fairground 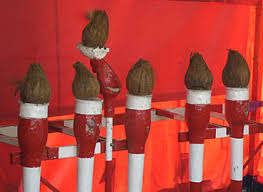