10a         Redhead with animal skin upset you and me (5)
The nickname given to William II because of his red hair (and of everybody’s favourite setter!) is created by reversing (upset) an animal skin and following it by the objective pronoun for you and me

21a         Eulogist for Caesar, J? The opposite (7)
Format the name of one of Julius Caesar’s supporters as surname followed by initial and the result is the name for a word that is opposite in meaning to another

1d           University expert on Arabia makes great fuss (6)
A charade of U(niversity, an expert and AR(abia) gives a great fuss

15d         Withdrawn US leader once backing British one (9)
To get a word meaning withdrawn reverse the surname of the peanut-farming former US President and then add the first name of a former, nominally Conservative, British Prime Minister

17d         A lost animal’s outside hospital — dog ends in there (8)
Put A from the clue, a lost animal and the S from ‘S around H(ospital) to get places where dog ends are stubbed out 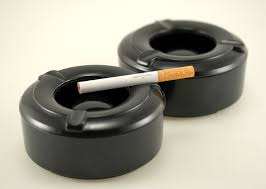 I will be out all day but don’t worry, there will still be plenty of help available.