Toughie No 719 by Warbler

Love is in the air!

Today Warbler has given us another delightful puzzle. Several of the down clues are topically themed. 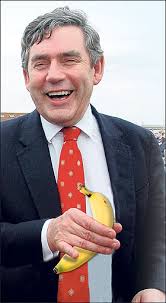 18a    Finally hinted obliquely about letter (2,3,3)
{IN THE END} – this phrase meaning final is created by putting an anagram (obliquely) of HINTED around the fourteenth letter of the alphabet 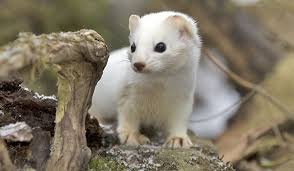 21a    Community project’s original choir off-key, high (8)
{EUPHORIC} – start with the economic community run by Germany & France for Germany & France (and certainly not for Greece, Italy, Spain & Portugal!) and follow it with the initial letter (original) of Project and an anagram (off-key) of CHOIR to get an adjective meaning high or elated

24a    Journey in the saddle, as a jumper might (4,2)
{RIDE UP} – a charade of a journey and the usual two-letter word meaning in the saddle gives what a jumper or sweater might do

25a    Reluctant to swear in front of small people in the end (6)
{AVERSE} – this adjective meaning reluctant comes from a charade of a verb meaning to swear, S(mall) and the final letter of (in the end) peoplE – not the best way to indicate a final letter when the phrase has been previously used!

26a    Sang, guided backwards and forwards by a couple of youngsters (8)
{YODELLED} – a verb meaning sang while changing frequently from the ordinary voice to falsetto and back again is derived from a word meaning guided which is both backwards and forwards preceded by the first two letters (a couple) of YO(ungsters)

3d    Model route? (7)
{CATWALK} – a cryptic definition of a narrow footway used by the models in a fashion show

4d    In playful vein Sylvia sent date one, essentially to mark this? (2,10,3)
{ST VALENTINE’S DAY} – an anagram (in playful vein) of SYLVIA SENT DATE N (oNe essentially) gives the reason for the theme 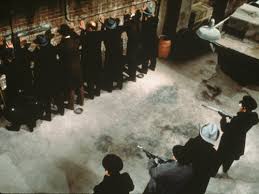 7d    Directed a designated driver to take upcoming course, cut short (9)
{ADDRESSED} – this verb meaning directed or labelled is derived from the A in the clue, the abbreviation for designated driver and the reversal of (upcoming) most of (cut short) one of the courses of a meal

16d    As part of 4 Abramovich, say, goes to church (7)
{ROMANCE} – another answer thematically linked to 4 down is a charade of the first name of the owner of Chelsea football club and the Church of England

Just the level we have come to expect from a Tuesday Toughie.