I had to check a couple of the answers in this puzzle, but those answers were well clued. There’s a mini-theme which is alluded to in the sub-heading!

11a    A third testicle? That’s unusual (7)
{ODDBALL} – what could be a description of a third testicle is actually something that is unusual

12a    A line that gets cricket side run out quickly (7)
{ALLEGRO} – one for the cricket lovers! – A L(ine) is followed by another name for the “on” side in cricket and the abbreviation of Run Out to give the musical notation for quickly or lively

14a    Guy getting doctor brought in to cure bishop’s seat? (9)
{CATHEDRAL} – start with an archaic word for a guy who loves jazz and then put the abbreviation for doctor inside a verb meaning to cure or make well to get the principal church of a diocese, containing the bishop’s throne

16a    Member with strong impulse: see her getting upset about cold dairy product (9,6)
{LIMBURGER CHEESE} – a member, could be an arm or a leg, is followed by a strong impulse and an anagram (getting upset) of SEE HER around C(old) to get a dairy product from Belgium – I’ve never eaten nor heard of this dairy product, but the wordplay was reasonably easy to follow once a few checking letters were in place 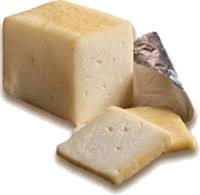 19a    Easily annoyed, showing a lot of anger, anger about bill (9)
{IRRITABLE} – this adjective meaning easily annoyed is constructed from most of a three-letter synonym for anger followed by a verb meaning to anger with the bill that you pick up in, for example, a restaurant inserted

27a    A marine, leading old servicewomen, capturing soldiers and weaponry (9)
{ARMAMENTS} – A from the clue is followed by a Royal Marine and a member of the service which preceded the Women’s Royal Army Corps around (capturing)some soldiers to get this weaponry – HRH Princess Elizabeth was the most famous of these servicewomen during WWII

1d    It shows up some yobs, actually (4)
{ASBO} – an abbreviation of a court order that places restrictions on a person who has been found guilty of antisocial acts is hidden (some) and reversed (up in a down clue) inside the clue

2d    National leader offering three letters in a row? (6)
{GANDHI} – the name of this former leader of India can be split (1,3,1,1) to give three consecutive letters of the alphabet

3d    Ready and able to accommodate sport? That’s nourishing food for you (10)
{BREADFRUIT} – start with a slang word for ready, in the sense of ready money, and add a word meaning able around (to accommodate) the sport in which Ireland recently snatched defeat from the jaws of victory to get some nourishing food

7d    Underwear? Grand passion raised when in particular brand (8)
{LINGERIE} – this underwear would be a gift for one of Gazza’s illustrations! – put G(rand) and the reversal (raised) of a passion inside a brand or make of clothing

… so I couldnt resist it! 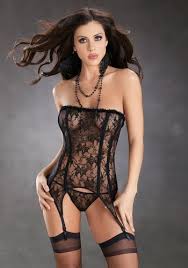 8d    Period of study sees fishes being given name (6,4)
{SCHOOL TERM} – a period of study in an educational establishment is a charade of a collective noun for fishes and a name or expression

17d    Stay put when exam result comes out (4,4)
{MARK TIME} – a phrasal verb meaning to stay put could be when the exam results are released

18d    Catch up with soldiers reaching one African city (8)
{GABORONE} – reverse (up in a down clue, again!) a verb meaning to catch game and follow it with the soldiers who are neither commissioned nor non-commissioned officers and ONE to get the capital city of Botswana (yes, it’s in The Mine)

20d    Provide relief for current speaker, after upsetting manager (6)
{EMBOSS} – a verb meaning to “provide relief for” or “carve or mould a design on a surface so that it stands out in relief” is created by reversing (upsetting) the first person objective pronoun (current speaker) and following it with a manager or chief

26d    Vain Sarkozy’s key when bringing in Germany (4)
{IDLE} – to get this adjective meaning vain or useless take the French word (as President Sarkozy might say) for a key, like those in Florida, and then insert (bringing in) the IVR code for Germany

A pleasant start to the Toughie week.