After yesterday’s excitement we have a more traditional offering today. The main problem I had with this one was that the grid really makes it into four separate puzzles, so that having completed one corner you have to start again with another. Give us your views in a comment.
If you want to see an answer just highlight the space between the brackets under the clue.

9a  Put down some words about hospital and feel acute embarrassment (6)
{WRITHE} – a verb that informally means to feel shame or embarrassment comes from a verb to put down words on paper around H(ospital). 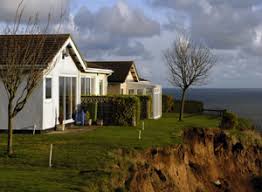 12a  Inducement I have to get in money first (9)
{INCENTIVE} – an inducement or stimulus comes from the contracted form of I have, preceded (first) by IN and a small coin.

13a  Soldiers coming to wood, a testing experience (6)
{ORDEAL} – the abbreviation for soldiers (not the officers) is followed by a type of soft wood.

17a  Dull day, rainy at both ends (3)
{DRY} – the abbreviation for day, then both ends of the word R(ain)Y make an adjective meaning dull.

19a  Somewhere of archaeological significance is place in list (7)
{ROSETTA} – insert a verb to place inside a list of who’s working when to get the name we use for the Egyptian city of Rashid. It was there in 1799 that the stone was discovered which allowed scholars to work out the meaning of Egyptian hieroglyphics.

20a  Folk going to the bank hoping to make net gains? (7)
{ANGLERS} – cryptic definition of those who participate in one of the UK’s most popular sports (although it’s a bit one-sided, in that you rarely hear of the opposition winning).

21a  Face the wrong way and sleep (3)
{NAP} – a short sleep which, when reversed (the wrong way) is apparently (according to Chambers – I’ve never heard this usage) a slang word for the face.

23a  Place with birds keeping quiet but not very! There’s a buzz here! (6)
{APIARY} – start with a place for housing birds, then insert the musical abbreviation for quiet at the expense of (but not) the V(ery). The result is a place which is a hive of industry.

27a  Noble Agra, strange Indian place (9)
{BANGALORE} – an anagram (strange) of NOBLE AGRA produces this city in Southern India which has given its name to the phal, an eye-watering curry even hotter than a vindaloo.

28a  Coloured rod, trick for catching fish (6)
{CRAYON} – a coloured rod used for drawing comes from putting a trick or scam around (for catching) a broad flat fish.

29a  Religious type in party skirt attending first half of dance (9)
{DOMINICAN} – this religious type is a member of an order of Roman Catholic friars. String together a party (of the social rather than political type), a skirt and the first half of a high-kicking dance (the second half of which would work equally well).

31a  The most I’d drunk as one who used never to drink! (9)
{METHODIST} – an anagram (drunk) of THE MOST I’D leads to a member of a nonconformist Christian church. They used to be very common in the areas round where I live and were noted for their espousal of temperance, but apparently this has changed in recent years and now they are allowed alcohol, though it must be used moderately and responsibly.

2d  A boast? Get away! (6)
{AVAUNT} – A followed by a verb meaning to boast is an old interjection meaning move away!

3d  Sign of growth? Then obtain financial allowance (6)
{BUDGET} – a sign of growth (in the garden in Spring, perhaps) is followed by a verb to obtain to make a spending allowance.

4d  Expand appointment to drink one litre (6)
{DILATE} – insert (to drink) I and L(itre) inside an appointment (often one of a romantic nature).

6d  A worker finally snapped with anger: ‘Financial exploitation!’ (9)
{ARBITRAGE} – this is a type of financial transaction where profit is made by exploiting the difference in prices for the same product in different markets. It’s a charade of A, the final letter of (worke)R, a verb meaning snapped or punctured with the teeth and a synonym for anger.

7d  Good person said to have spoken hesitantly (9)
{STUTTERED} – the abbreviation for a saintly person is followed by a verb meaning said or articulated.

8d  The fellow without guile can become cruel (9)
{HEARTLESS} – a male pronoun (the fellow) is followed by an adjective meaning without guile or deception.

14d  Air created by female American actors (9)
{BROADCAST} – the definition here is air, as a verb. It’s a charade of an informal (and not very PC) term for an American female and the list of actors in a play or film.

16d  It’s right having exceptional performer joining the directors (9)
{STARBOARD} – the right side of a ship is a charade of a top artistic performer and the directors of a company as a group.

17d  Combative person who has been honoured in tribe (3)
{DAN} – double definition – the honour or title given to someone proficient in one of the martial arts and one of the twelve tribes of Israel.

18d  Gossip when salary goes up (3)
{YAP} – a verb meaning to gossip incessantly is the reversal (goes up, in a down clue) of salary or earnings.

22d  A hit, something in verse that’s in fashion (1,2,4)
{A LA MODE} – a phrase, from French, meaning in fashion or trendy, is built from A, a verb to hit which is rarely seen outside crosswords and a bit of verse.

25d  A section of football, i.e. division in league (6)
{ALLIED} – this is an adjective meaning in league or in partnership and it’s hidden (a section) in the clue.

26d  Grumbles from family women about nothing (6)
{GROANS} – some elderly female relatives contain (about) O (zero, nothing).