Toughie No 711 by Busman

The wheels on the bus go round and round

Busman returns to the Toughie fold after a nine-month absence with an excellent puzzle. I have complained in the past about some of his puzzles being too easy, but this one hits the right level for a Tuesday puzzle.

1a    ‘Mad Proposal’ that might have been Spinning Around by Kylie (10)
{LOCOMOTION} – we start with a novel variation on an old theme – a charade of a four-letter word meaning crazy and a proposal put before a meeting gives the title of a song written by Gerry Goffin and Carole King and originally recorded by Little Eva, their babysitter, and later by Kylie Minogue

9a    Marches, tied to sign (10)
{BOUNDARIES} – these marches or borders are a charade of a word meaning tied or fastened and a sign of the Zodiac 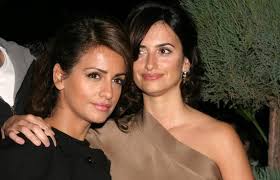 15a    Race headlong to quirky Chelsea … (12)
{STEEPLECHASE} – this race, usually over a distance of 3,000 metres, is constructed from a word meaning headlong or precipitous followed by an anagram (quirky) of CHELSEA … 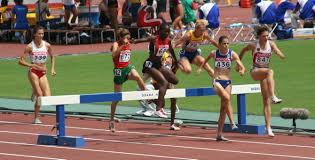 21a    No movement when solving’s impeded? (8)
{GRIDLOCK} – a situation in which no progress is possible could be (indicated by the question mark) what happens when stuck on the solving of some clues in a puzzle

25a    No movement for partnerships by pay-desk (10)
{STANDSTILL) – another lack of movement, like the answer to 21 across, is a charade of cricket partnerships and a pay-desk

27a    Jazz musician composed Waterfalls (4,6)
{FATS WALLER} – this famous jazz musician, who Ain’t Misbehavin’, is an anagram (composed) of WATERFALLS

3d    Inn MP suggests? (6,6)
{MIDDLE TEMPLE} – look at this this Inn of Court and it suggests where the letters MP are located

4d    Caustic hypocrite. Not half (4)
{TART} – an adjective meaning caustic is generated by dropping the second half of the religious hypocrite in the eponymous play by Molière – apparently the name of this character is used to describe any religious hypocrite – I saw Ranjit Bolt’s adaptation of the play at the Playhouse Theatre back in 1991 with John Sessions in the leading role

5d    Fraction following 30/11, it may seem (3,7)
{ONE TWELFTH} – take the date that follows 30/11 and describe it as a fraction – I wasted time trying to fit Dec I into the answer; something based on decimal looked a likely candidate for an answer!

7d    It was formerly in the fleet, a Ka rebuilt with lorry parts (3,5)
{ARK ROYAL} – the name given to many distinguished ships in the Navy is an anagram (rebuilt) of A KA with LORRY

11d    Unexpectedly cool at Cannes or here? (7-2-3)
{CLACTON-ON-SEA} – an anagram (unexpectedly) of COOL AT CANNES gives another resort – but one that is not in the same league as Cannes!

14d    Tea guzzling bishop with surplice, reddish-brown (10)
{TERRACOTTA} – put TEA around the title given to a bishop and add a short garment resembling a surplice, worn typically by Catholic priests and servers, to get a reddish-brown colour

16d    Granular leather that’s shabby, cut in two, and unseasoned (8)
{SHAGREEN} – this untanned leather with a rough granulated surface is often seen on antiques programs – take the front half of SHA(bby) and add a word meaning unseasoned or naive

17d    Headless bird is left on earth up at castle (8)
{ELSINORE} – reverse (up in a down clue) a bird without its initial H, IS from the clue, L(eft) and E(arth) to get the Danish castle used as the setting for William Shakespeare’s Hamlet 20d    Old womaniser — topless sportsman (6)
{ANGLER} – drop the initial D (topless) from an old word for a womaniser (or is that a word for an old womaniser!) to get someone who engages in the country’s most popular sport

I wasn’t expecting to but I really enjoyed this puzzle. My favourite clue, by quite a margin, was 3 down