Toughie No 710 by Osmosis

Greetings from the Calder Valley. Today’s Friday Fiend is Osmosis who produces some of the most challenging Toughies, and today’s is no exception. This is quite a beast of a puzzle and I struggled for a while to get a foothold after entering a couple of answers wrongly (IN TUNE at 20 down and KINDLE at 21 ac). However perseverance paid off and things fell into place. Osmosis (and his other guise of Scorpion in the Indy) puzzles are notable for their detailed constructs which can be rather convoluted. This for me sometimes spoils things for me as it means the clue looks slightly forced and the pudding somewhat over-egged. There were a lot of reversals today as well. Having to rely on the unchecked letters to solve a clue, as happened with a couple of clues today because the definition and indications are very very obscure or vague, is not to me a fair way of puzzle-solving. I feel a heated debate coming on tomorrow!

A reminder about tomorrow’s Cruciverbal Gathering (see the special thread). I am hoping to be there and it would be nice to meet some of you there, especially if you haven’t been to one before. I am also organising a Northern gathering in the lovely setting of Todmorden on April 14th, incidentally. Details will be posted in due course.

1a    Fringe, associated with Mile in Edinburgh, always havoc (6)
{MAYHEM} We start today with a sort of word sum. A word that means havoc, uproar is found by taking M (Mile), adding AY (A Scottish way of saying always) and then putting a word for a fringe or edge after this.

5a    Be more adventurous, eg knocking back one of Mr Kipling’s, tucking into porky pie … (3,1,4)
{GET A LIFE} This is an example of the point I made about one or two clues being slightly forced. I can see that some will probably find this quite clever and funny, but for me it doesn’t quite hit the mark. Reverse e.g. and then inside a word that means a “porky pie” (think Cockney rhyming slang) goes the name Rudyard Kipling’s most famous poem. This will give you a modern expression that means to be more adventurous.

9a    Contrarily, design includes gold on bronze liner (10)
{MAURETANIA} Reverse a word that means design or intend and inside this place the chemical symbol for gold, a word that means ‘on or about’, and something that means brionze, as in lie on a holiday beach and go brown! This gives you the name of one of the most famous liners built on the Tyne.

10a    Terrible ruler — only 1/3 of values written in inches (4)
{IVAN} The name of a famous Russian with a Terrible soubriquet is revealed by taking two letters from VALUES and placing them inside an abbreviation for inches.

11a    Autographed drawing missing — George, Bobby and another Man Utd icon? (5,3)
{DENIS LAW} Another rather convoluted untangle, but a rather nice surface reading, so I’ll forgive. A word meaning autographed is reversed (indicated by drawing which I’m not sure is a good reverse indicator – it means pulling back rather than turning back) and the G for George (regnal abbreviation) is removed, add a word that is a synonym for a Bobby. This will lead you to a famous Manchester United (a soccer club) icon who is also a famous Manchester City (another soccer club) icon.

12a    Tried injecting female bit of glamour into house (3,1,2)
{HAD A GO} Hmmm…. This could have made an interesting Private Eye or Viz clue! Inside the abbreviation for a house goes an (old-fashioned) girl’s name and G (bit of glamour). This reveals an expression that means tried.

13a    Out of work, but regularly indulge (4)
{IDLE} Take the alternate letters (indicated by regularly) of INDULGE to get a word meaning not working or lazy.

15a    Country sadly hadn’t attracted employment after revolution (3,5)
{THE SUDAN} Inside an anagram (sadly) of HADN’T is the reverse of a word that means employment. This leads you to the name of an African country.

19a    What food is like in hospitals? (4)
{HASH} The word that is used in comparisons for like goes inside H and H (hospitals) to give a type of food.

21a    Group of cats piddling — sidestep left and right (6)
{LITTER} Find a word that means piddling, derisory, small and remove one of the L’s (sidestep left) and add R top get the name for a group of kittens.

23a    Boffin, first in engineering, occupying piano? No way (8)
{EINSTEIN} – This boffin is built up from E (first in Engineering), a two-letter word meaning occupying and a make of piano without way, the last three letters

25a    Create pullover? By end of week, one could get attached to it (4)
{KNIT} A word meaning to create with wool is formed by taking K (end of week) adding the abbreviation for a word that represents attached (&) and adding IT.

26a    Outsiders to supply tea in India, arranging connecting train (5,5)
{DAISY CHAIN} Inside an anagram of INDIA, place SY (outsiders to SupplY) and a short word for TEA, this will give you floral connections!

28a    Low grades gained by musical students (6)
{CADETS} The bottom grades in most exams goes inside the name of a feline stage show and will give you a word for recruits or students.

Sorry for being late, but have had a call letting me know that next week I’m having the next operation for my ever growing kidney stones. Had to dash off for some blood tests and now have to go for an X-Ray, so Big Dave has kindly agreed to finish the Downs. Not sure I’ll be here next Friday, but I’ll see you all soon..

3d           Resilience Dick, in first half, shows in tackle (9)
{HARDINESS} – to get a word meaning resilience put the first half of DI(ck) inside some tackle for a horse

5d           Movie featuring GI and the victory over Germany? (4,4,3,4)
{GONE WITH THE WIND} – this classic movie is, although it doesn’t look like it, a charade of G, I expanded as a number, a word meaning and, THE from the clue, a victory and the IVR code for Germany 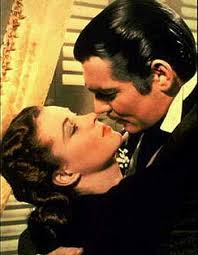 Cue a video of a ridiculous song!

8d           Fellow phoned Lisa, exercising informal language (9)
{FRANGLAIS} – F(ellow) followed by a verb meaning phoned and an anagram (exercising) of LISA gives an informal blend of French and English – the language the English think that the French will understand if they shout it loudly enough!

14d         Fling mashed potato, say, around pan edge in infancy (9)
{DALLIANCE} – this fling or casual romantic relationship is created by putting the activity of which the Mashed Potato is an example (say) around a word meaning pan or the whole of and the initial letter (edge) of Infancy

17d         Stretch Roller one brought into school, reversing for example (8)
{PORRIDGE} – a stretch in prison is created by putting the abbreviation for a Roller, as a car, and I (one) inside a school of whales and then adding, in reverse, the Latin abbreviation of “for example” 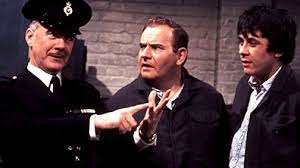 20d         Harmonious pub keeps emptying Surrey college (2,4)
{IN SYNC} – to get a short phrase meaning harmonious put a pub around (keeps) S(urre)Y without its internal letters (emptying) and then add C(ollege)

22d         Swimmer, outside of the craft, surfaced (5)
{TETRA} – this small tropical freshwater fish  (swimmer) is derived from the outside letters of T(h)E followed by a reversal (the last one! surfaced or rose in a down clue) of a craft or skill 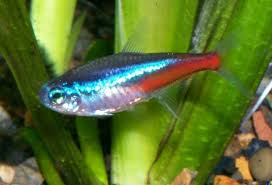 24d         Fashionista, releasing latest in sex appeal, displays ass (5)
{IDIOT} – put this famous French fashionista without his final letter (releasing latest) inside that two-letter word for sex appeal to get an ass or fool