Love him or hate him, Ray T makes a speedy return to the back page. I have based the difficulty on my personal solving time, but feel free to disagree.

9a    Man in charge in advance? (7)
{OFFICER} – the abbreviation of in charge inside verb meaning to advance or put forwad to get the man in charge of advancing soldiers

13a    Bottle is more shaken, hard to open (7)
{HEROISM} – this word for bottle or bravery comes from an anagram (shaken) of IS MORE preceded by (to open) H(ard)

15a    Nag for chores with ear bent (9)
{RACEHORSE} – this animal, often referred to as a nag, comes from an anagram (bent) of CHORES with EAR 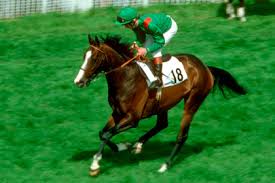 17a    Pore over skirt getting forward? (9)
{READDRESS} – a charade of a verb meaning to pore over and a skirt gives a word meaning to forward letters

25a    Smokes, taking in very female contours (6)
{CURVES} – put a verb meaning smokes, as in smokes fish, around V(ery) to get these female contours 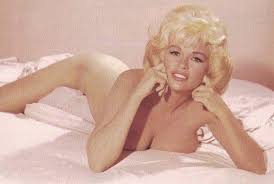 26a    Enveloping Bambi, entangled inside (7)
{AMBIENT} – an adjective meaning enveloping or going round is hidden inside the clue

5d           Second number by playful Queen? (7)
{MONARCH} – a charade of a short period of time (2), N(umber) and an adjective meaning playful (Chambers gives mischievous, playful, mysterious, cunning, and sly as synonyms) gives a Queen (or King!)

8d           Initially, aged family relative is controlled, almost continent (6)
{AFRICA} – the initial letters of six words in the clue give a continent that has nothing whatsoever to do with bladder movements!

16d         Traditional copper on street leading old girl (9)
{CUSTOMARY} – this word meaning traditional is a charade of the chemical symbol for copper, the abbreviation of ST(reet), O(ld) and the name of everyone’s favourite commenter

19d         Supply of French foie gras? (7)
{DELIVER} – this verb meaning to supply is a charade of the French word for “of” followed by the constituent  of foie gras

21d         Something which snaps say, around top of instep (6)
{GAITER} – what sounds like (say) a creature that snaps is placed around the initial letter (top) of Instep to get a covering for the lower leg and ankle, fitting over the upper of the shoe 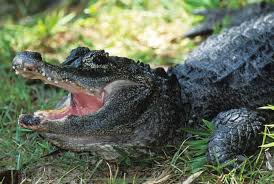 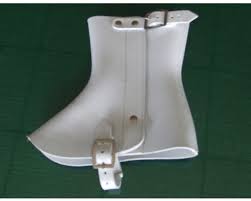 That your lot for today!