This was a game of two halves for me. Three-quarters of the grid went in fairly quickly, then I got held up in the NE corner where I was convinced that 9a was going to be a country and that the definition of 5d was “provided” – some nice bits of misdirection here. Thanks to Giovanni for a very enjoyable puzzle.
Let us know what you thought of it. If you want to reveal an answer just highlight the space between the brackets under the clue.

7a  One’s touched when great respect is shown (8)
{FORELOCK} – what the lower-classes in days of old were supposed to tug at when the lord of the manor went past.

9a  Country singer gets about, with woman and son providing backing (6)
{REEVES} – this is an American country singer who died in a plane crash in 1964. A preposition meaning about or concerning is followed by a woman’s name and S(on).


10a  Book in English period (6)
{ENGAGE} – the definition here is book, as a verb meaning to sign up (an entertainer, say). It’s an abbreviation of English followed by a synonym of period.

11a  Female writer to head for Gretna Green? (8)
{PENELOPE} – a female name (think of Ms. Cruz) comes from a writing implement followed by what a young couple with the intention of going north to Gretna Green may be planning to do. 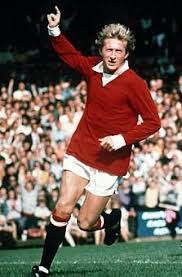 17a  European Society repeatedly restricting organisation for women? (5)
{SWISS} – the definition is European, so we want the native of a European country (where women were not given the right to vote until 1971, so the surface is very apt and the clue may be read as a semi-all-in-one). The abbreviation for society appears three times (repeatedly) around (restricting) a women’s organisation.

19a  Get some food in eatery? (4)
{DINE} – this is an all-in-one with the whole clue providing the definition. The answer is hidden (get some) in the clue.

20a  Chicken handlers do dire manoeuvres (5,6,3)
{RHODE ISLAND RED} – an anagram (manoeuvres) of HANDLERS DO DIRE gives us a breed of chicken.

27a  Meal inside after first hint of darkness (6)
{DINNER} – put a synonym for inside after the first letter (hint) of D(arkness). It’s a little bit odd that we’re having the same meal that we partook of only four clues ago.

1d  German city where b-bigwig turns up (4)
{BONN} – the German city on the Rhine which was the capital of West Germany until re-unification is a reversal (turns up, in a down clue) of an informal word for a bigwig with the first letter repeated to imitate the clue.

2d  Once again indicate comment (6)
{REMARK} – a comment could also mean, as a verb, to indicate once again.

3d  Omit to provide something for the rubbish? (4)
{SKIP} – double definition – omit to provide / something you get for your rubbish (which is normally soon filled with that of other people if you delay putting your own in!).

5d  Provided cases of refuse — 500 (8)
{DECLINED} – this was my last answer but eventually the penny dropped thanks to those latin classes of many years ago. The definition is “provided cases”, i.e. listed the nominative, accusative, genitive, etc. forms of a noun. It’s constructed from a verb to refuse or turn down followed by the Roman numeral for 500.

6d  Pet given cane cruelly? Moderation called for (10)
{TEMPERANCE} – pet here is not a little animal but a fit of ill-humour. Follow this with an anagram (cruelly) of CANE to make moderation or restraint.

8d  Mythological male trapped in forest escapes (7)
{ORESTES} – hidden (trapped) in the clue is a chap from Greek mythology who killed his mother.

13d  New UK dealer that is to be found in a capital city (4,6)
{AULD REEKIE} – this old nickname for one of the capital cities within the UK is an anagram (new) of UK DEALER followed by the abbreviation meaning “that is”. I bet that this will be Big Boab’s favourite clue!

14d  Group of stars is/are explosive (5)
{ARIES} – a star group or constellation is an anagram (explosive) of IS ARE.

16d  Huge site for newspapers from what we hear (8)
{WHOPPING} – an informal adjective meaning huge sounds like (from what we hear) the part of Docklands in London where Rupert Murdoch chose to site his newspaper production.

22d  Day with showers? Water will go into these (6)
{DRAINS} – the abbreviation for D(ay) is followed by another word for showers.

24d  Cleric idle, vain, regularly absent (4)
{DEAN} – to get this cleric you have to strip out the odd letters (regularly absent) of “idle vain” to leave just the even ones.