Toughie No 696 by Notabilis

The Triumph of Hope over Experience?

This is a thoroughly enjoyable Toughie from Notabilis, worthy of the name Toughie but not so mind-blowing that you have to go and lie down in a darkened room after solving it. Let us know how you got on.
Notabilis often hides a Nina in his puzzles, but I can’t find anything today. Can you?
Please take the time to rate the puzzle by clicking on one of the stars below.

1a  I’ve several mates (lairy, extremely good European friends) aboard vessel (10)
{POLYGAMIST} – to get this person with multiple partners put the extremities of L(air)Y, G(ood) and French friends inside a cooking vessel.

9a  Original sin with start in unruly school (2,8)
{ST TRINIAN’S} – by a remarkable coincidence the death of the creator of this unruly girls’ school, Ronald Searle, was announced yesterday and the news bulletins were full of tributes to him. Its name is an anagram (original) of SIN and START IN.

12a  Possible need for water temperature by shark exhibitor (6)
{THIRST} – T(emperature) is followed by the name of the Turner Prize-winning artist who is apparently infatuated with dead animals.

13a  Consult native about European decline (8)
{NOSEDIVE} – the latin word used in a text to tell a reader to consult another referenced work or author for more information is followed by a native, then all that is reversed (about) and followed by E(uropean) to make a steep downward plunge (decline).

15a  Ring true? (5,2,1,4)
{SOUND AS A BELL} – we had a very similar phrase to this in yesterday’s Toughie. It means in excellent condition, but literally could be a definition of the verb to ring.

18a  Second grade engine reversing round cross after church is having sentimental appeal (9-3)
{CHOCOLATE-BOX} – reverse a word meaning second grade (so not alpha) and a short railway engine, then add a round letter and the letter that looks like a cross. All that then goes after CH(urch) to make a description of something that’s pretty in a sentimental way.

21a  Deserter somewhat miffed a general in retreat (8)
{RENEGADE} – this deserter is hidden (somewhat) and reversed (in retreat) in the clue.

22a  Peaks are behind gnome (6)
{MAXIMA} – this is not saying that Gnomey’s best years are behind him! The definition is peaks or the highest levels recorded. The abbreviation for are (the metric land measurement, not the verb) goes after a gnome or nugget of wisdom.

24a  With an initial switch of taps, beguile fool (4)
{HOAX} – start with a verb meaning to beguile or entice and change the initial tap from cold to hot.

25a  Person sharing address that’s surprising slightly in odd talk (10)
{COHABITANT} – an expression of surprise (2) and slightly (1,3) go inside an affected or odd style of speech to make someone you live with.

26a  Major astronomer losing place over tainted atmosphere? (4)
{REEK} – this was the last answer I got. The definition is tainted atmosphere or offensive smell (sometimes associated with Edinburgh in the past). Start with the name of a German astronomer and mathematician who defined the laws of planetary motion, then remove the abbreviation for place and finally reverse (over) what remains. 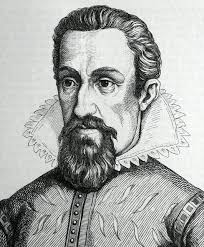 27a  Cue heard by lunatic for wild behaviour (10)
{DEBAUCHERY} – an anagram (lunatic) of CUE HEARD BY.

1d  After pressure, Madrilenian is with Basque agitators — not much change once there (6)
{PESETA} – P(ressure) is followed by the word someone from Madrid would use for “is” and the acronym for Euskadi Ta Askatasuna (the Basque freedom fighters or terrorists, depending on your viewpoint) to produce the pre-Euro currency in Spain (not much change because at the time of conversion you needed more than 166 of them to get one Euro).

2d  Almost passed through Baltic state (6)
{LATVIA} – a word meaning passed or dead loses its final E (almost) and this is followed by a synonym for through to make a Baltic state.

3d  Painter to receive punishment for hooliganism, but not a hooligan (12)
{GAINSBOROUGH} – this is an English painter who was a founder member of the Royal Academy. String together a verb meaning to receive or earn, a restraining order for a hooligan without the A (but not a) and another word for hooligan.

5d  Unusually stressed church council welcomes chapter and head (slightly later) (10)
{SYNCOPATED} – the definition here is unusually stressed (the accents in music becoming misplaced so that strong beats become weak and vice versa). An ecclesiastical assembly (church council) has C(hapter) and a synonym for head inserted, but not contiguously (the head being slightly later).

7d  Turn about impertinence, gripping for sketch writer (8)
{PROFILER} – this is someone who produces a brief description of a person (sometimes for the police when they are looking for an unknown serial offender). Start with a preposition meaning about or concerning, add a slang word for impertinence then insert (gripping) FOR. Finally reverse the lot (turn).

8d  Careless attachment with Trojan finally insinuated in scheming (8)
{SLOVENLY} – the definition here is careless (normally used as a description of someone who takes no care with their appearance). Put a synonym for attachment or affection plus the final letter of (Troja)N inside another word for scheming or cunning.

11d  Fellow in a claim distorted with ego? (12)
{MEGALOMANIAC} – this is an all-in-one clue. Put another word for fellow inside an anagram (distorted) of A CLAIM and EGO.

14d  To release certain people is not fair (10)
{UNHANDSOME} – this is an unusual adjective to describe someone who is not good-looking (not fair). Start with an archaic verb meaning to let go of someone and add a word used to mean a certain number of people.

16d  Check into person who orchestrates Lulu (8)
{SCORCHER} – ignore the false capitalisation of lulu – this is not the pocket-sized Scottish singer, rather it’s someone or something remarkable and we want another, informal word for the same thing. Put the abbreviation used for check in chess inside someone who produces a musical composition.

17d  Mathematician’s tiny dot, saving time and trouble (8)
{POINCARÉ} – this is a French mathematician (not one I’d heard of, so it’s just as well the wordplay is straightforward). A word for a tiny dot loses its final T (saving time), then this is followed by a synonym for trouble or conscientiousness.

19d  I’m disgusted about rising tariff and obsess (6)
{FIXATE} – an old exclamation indicating disgust contains a reversal (rising) of what a tariff is to make a verb meaning to obsess.

20d  Unworthy comrade shot (6)
{PALTRY} – an adjective meaning unworthy or meagre is a simple charade of a comrade and a shot or attempt.

23d  A clash’s overturned foreign leader (4)
{RAJA} – a leader from the sub-continent comes from reversing (overturned) A followed by a verb to clash or grate.