Toughie No 682 by Notabilis

A week of mixed fortunes in Toughieland ends with this superb puzzle from Notabilis.

12a    Rudimentary toes, say, all but the first inverted in flesh of calf (9)
{VESTIGIAL} – this adjective meaning rudimentary is derived by putting a word that describes toes (or fingers) without its initial letter (all but the first) reversed (inverted) inside the flesh of a young calf 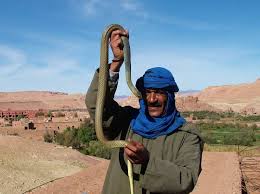 16a    Nothing in maths and French conversation belittled Japanese, perhaps (8)
{ORIENTAL} – run together O (nothing in Maths) and the French for nothing with a conversation minus its final letter (belittled)to get a word which describes a Japanese person, for example (perhaps)

20a    Film and another thing judiciary finally cut short (6)
{PSYCHO} – this Hitchcock film is a charade of an addendum to a letter (and another thing), the final letter of judiciarY and a word meaning to cut without its final letter (short) – for me this was a case of “think of a film and then work out some wordplay that fits!” 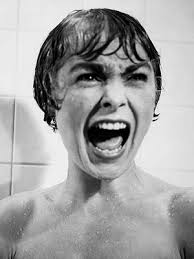 23a    Support seizing parliamentarian’s beautiful place (5)
{TEMPE} – put the support for a golf ball around a Member of Parliament to get a word for a beautiful place; originally the valley of the Peneus in Thessaly, praised by the ancient poets for its unsurpassed beauty

24a    Begin to work in specialist area with hospital providing cover for 14? (9)
{DJELLABAH} – put a word meaning to begin to work well inside a specialist then add A(rea) and H(ospital) to get a loose hooded woollen cloak of a kind traditionally worn by Arabs (providing cover for 14 across) – I can laugh about it now but I tried to get this by putting H(ospital) inside sell fish!

2d           Bother setting apart sides in toss? Here’s one (5)
{TAILS} – put a verb meaning to bother inside (setting apart) the outside letters (sides) of T(os)S to get one result of tossing a coin

3d           Oil producer checking Utah’s weather? (7)
{OUTLIVE} – put this tree that produces oil used for cooking around the abbreviation of Utah to get a word meaning to weather – weather is a noun in the clue and a verb in the answer

4d           Motley phraseology to lower raised spirit (6)
{PIDGIN} – this motley phraseology, a combination and distortion of two languages as a means of communication,  is created by reversing (raised in a down clue)a word meaning to lower into water and adding an alcoholic lower spirit

6d           Notoriety of the Italian love object with lowered head (3,4)
{ILL FAME} – to get this notoriety combine the Italian definite article with a love object or sweetheart in which the initial letter(head)  has been moved (lowered in a down clue)

7d           Purple clothes are very fancy, in which bishop is one identified by pants? (5,8)
{HEAVY BREATHER} – put a shade of purple, from the colour of its flowers, around A (are as a measurement of area) and an anagram (fancy) of VERY and then insert B(ishop) to get someone identified in a phone call by pants

9d           Protections for Western head that is retaining engineer — quite practical (3-6,4)
{TEN-GALLON HATS} – these items of clothing worn to protect the heads of characters in Westerns are derived by putting an abbreviated form of “that is” (but not the Latin one!) around ENG(ineer) and an adjectival phrase meaning quite practical (I couldn’t find this in any dictionary, but it’s similar to “hands on”) 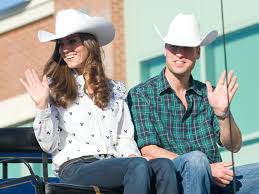 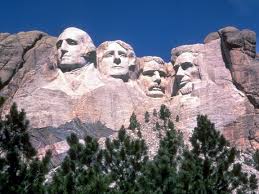 22d         Irritable and eccentric, keeping one stumped (6)
{FEISTY} – am adjective meaning Irritable or excitable is created by putting a word meaning  eccentric or slightly mad around (keeping) I (one) and ST(umped)

The last time I said “Tilsit is welcome to visit the nurses at the Calderdale Royal Hospital the next Friday that there is a puzzle by Notabilis”, not expecting that he would take me at my word!

I always look for a Nina in puzzles by Notabilis, but I failed to spot one here.

Thanks to Notabilis for pointing out that  there is a four-letter word running diagonally across each corner.  Well, would you Adam-and Eve it!