Greetings from Ottawa where we are experiencing rainy and unseasonably mild weather (rather British-like, I suppose) after a snowfall last week. Today, Jay gives us an entertaining puzzle with a theme appropriate to the date. I breezed through the bottom half but struggled a bit with the top half (in particular, the northwest quadrant). Perhaps my Scottish ancestry influenced the enjoyment factor.

7a   Cross when back legs start to get weary (7)
{SALTIRE} – a kind of cross, symbolic of the personage celebrated today as well as the country in 20a, is formed from a charade of a synonym for “when” reversed (back) plus the starting letter of L(egs) plus a verb meaning to get weary. 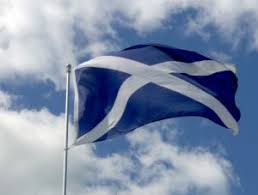 8a   Order new titles with hope at first (7)
{THISTLE} – an anagram (new) of the combination of TITLES plus the first letter of H(ope) produces the floral emblem of the country that is celebrating today. This image is especially for Gazza … 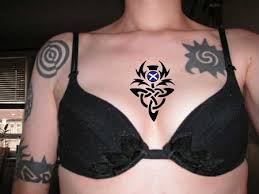 10a   Help required to follow trial? (7,3)
{HEARING AID} – the sort of assistance that someone who is aurally impaired might need to take in a court proceeding.

12a   Instruments played by smoker wearing trousers? (8)
{BAGPIPES} – a pair of loose-fitting trousers is wrapped around an implement in which tobacco is burned to create a musical instrument – one associated with the country in 20a. 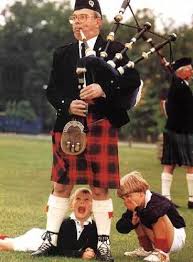 14a   Impressed drivers finally in front of commercial vehicle (6)
{STRUCK} – a term denoting having created a strong and lasting impression is the sum of the final letter of (driver)S plus what a lorry would be known as on my side of the Atlantic.

15a   Andrew perhaps is not partisan in dispute (6,5)
{PATRON SAINT} – the position occupied by the person celebrated today in 20a is an anagram (in dispute) of NOT PARTISAN. 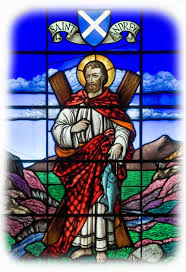 19a   Burns food for 20? (6)
{HAGGIS} – the food traditionally served at festivities celebrating the national poet of 20a. 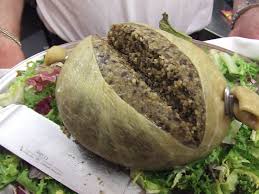 20a   Bed left in smooth state once (8)
{SCOTLAND} – the country, no longer a state, that is celebrating today is formed by placing a bed for a young child as well as L(eft) inside a verb meaning to smooth or polish a surface. 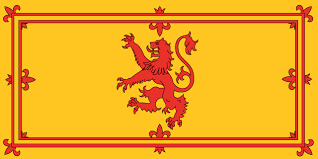 25a   Sounded exhausted around lunchtime, and put a coat on (7)
{PAINTED} – another way of saying gasped for breath is put around the time when one might have a rather late lunch (by my standards, at least) to create a word meaning applied a coat – perhaps to a wall, or … 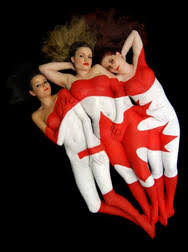 I couldn’t find an image featuring Scottish lassies, so I had to settle for some Canadian girls unwrapped in our flag.

26a   Bewildered, finding inspiration in place of rest (7)
{BEMUSED} – this synonym for bewildered is created by tucking a goddess who inspires the creation of literature and the arts into a place where she can sleep for the night.

1d   They may shoot, letting out a scream (7)
{CAMERAS} – these devices, used to capture the moment, are an anagram (letting out) of A SCREAM.

3d   Runs into writer leading partnership agreement (6)
{PRENUP} – insert R(uns) into a charade of a writing implement (or, figuratively, a writer) and a word denoting being ahead in a competition to get the sort of agreement commonly entered into by celebrities before tying the knot (and which often becomes the subject of litigation not long afterwards).

4d   Greek island — one suppressing a country no longer (8)
{RHODESIA} – a charade of a Greek island (or an English-born South African mining magnate), the Roman numeral for one and A (being suppressed because it is under all the other letters in a down clue) produces an African country that no longer exists (and one that wasn’t recognized when it did exist).

9d   Gossip hasn’t ruined stroke (7,4)
{PASSING SHOT} – a tennis stroke that puts the ball beyond and out of reach of one’s opponent is an anagram of GOSSIP HASN’T.

13d   Where children might enjoy quiet wager on good game of golf? (10)
{PLAYGROUND} – a spot where youngsters might amuse themselves is created by assembling the musical direction for quiet, another word meaning to place a bet, G(ood) and a complete tour of the golf course (or drinks for all at the 19th hole).

17d   Off supporting Triumph plant? (7)
{CARAWAY} – this plant of the parsley family, whose seeds (which are actually fruits, according to Wikipedia) are used for flavouring, is constructed from a type of vehicle (of which a Triumph is an example, as indicated by the question mark) followed by (being supported by in a down clue) a word meaning off (out of the office, perhaps). Now, here’s one for Pommers … 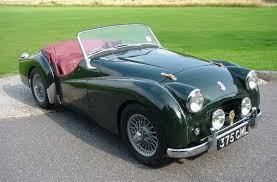 18d   Went in bearing tender for exchange (7)
{ENTERED} – a word meaning “went in” (perhaps a room or a competition) is an anagram of one of the cardinal points of the compass together with TENDER.

21d   Food that may be caught in cowboy’s territory (6)
{OYSTER} – hidden (caught) in the last two words of the clue is a type of seafood reputed to increase the libido. I’m not too sure that this fishery is a big industry in Cowboy Country! Maybe the setter had prairie oysters in mind! Or Naked Cowboy Oysters – claimed to be the number one selling brand of oysters in Manhattan. And finally, a pic for the ladies … 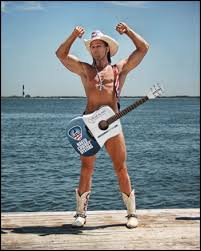 24d   Overwhelming victory right away? (4)
{ROUT} – a complete defeat might come from R(ight) and a word meaning away (from the office, perhaps, yet again).

So let me extend greetings on this St. Andrew’s Day to all Scots, those of Scottish descent, and wannabe Scots. There are so many good clues that it seems unfair to pick a favourite. I certainly liked all of the clues that were part of the theme. As well, I rather liked 10a and 25a, and – being originally from the coast – found the absurdity of 21d to be rather amusing.