We have a pretty straightforward puzzle with nothing too exciting today. Let us know what you made of it.
If you want to see an answer just highlight the space between the brackets under the troublesome clue.

6a  Sucker taking in old TV serial (4)
{SOAP} – an informal North American word for a foolish or gullible person goes round (taking in) O(ld) to make a TV serial based on the lives of a group of characters. The word for sucker doesn’t seem to have made it into Chambers, at least not in my edition.

9a  Vulgar man squeezing female’s rear (5)
{CHEAP} – another word for man goes round (squeezing) the last letter (rear) of (femal)E.

10a  Nasty trick, inhaling hydrogen at the same time (9)
{MEANWHILE} – we want an adverb meaning at the same time. Insert (inhaling) the chemical symbol for hydrogen in a charade of an adjective meaning nasty or unpleasant and a trick or ruse.

12a  Scottish island, for example, backing position (7)
{ARRANGE} – the definition here is position as a verb, i.e. to set out or exhibit like flowers in a vase. Start with an island in the Firth of Clyde and add the abbreviation of for example reversed (backing).

13a  Spotted returning without daughter’s requirements (5)
{NEEDS} – reverse (returning) a past participle meaning spotted and insert (without) D(aughter).

15a  Merchant initially abandoned mince he’s prepared for restaurant (7)
{CHINESE} – an anagram (prepared) of (m)INCE HE’S without the initial letter of merchant gives us a type of restaurant. I think that some indication (e.g. a question mark or “maybe”) that the answer is just a type or example of restaurant would help here.

17a  He’s not upset about runs to get trim (7)
{SHORTEN} – a verb meaning to trim or curtail comes from an anagram (upset) of HE’S NOT around the abbreviation used for runs in cricket statistics.

19a  After treatment I rang her, having left hospital more annoyed (7)
{ANGRIER} – an anagram (after treatment) of I RANG (h)ER without H(ospital).

21a  Oliver, perhaps, making outrageous claim about America (7)
{MUSICAL} – for our fourth anagram in a row the indicator is outrageous, the fodder is CLAIM and you have to arrange it around an abbreviation for America to make what Oliver was an example of (although it was spelt with an exclamation mark, i.e. Oliver!). 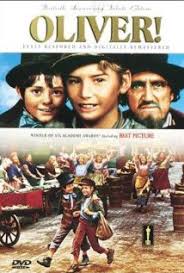 22a  Table talk about queen (5)
{CHART} – a table (in a spreadsheet, for example) comes from putting a word for casual talk around R(egina).

24a  Persistently question family for something you can eat (7)
{PUMPKIN} – a charade of a verb to question persistently or interrogate and a word for family make a large orange-yellow fruit.

28a  Ring caught by dog to be found (5)
{OCCUR} – a verb meaning to be found or exist is constructed from a ring-shaped letter, C(aught) and the usual Crosswordland synonym for a dog.

29a  Those at the game departed, leaving league for good (4)
{GATE} – the definition is those at the game, i.e. the total attendance. Start with an adjective meaning departed (i.e. no longer living) and replace (leaving) the L(eague) with G(ood).

30a  Without resistance, Noel’s play’s rewritten for my part (10)
{PERSONALLY} – an anagram (rewritten) of NOEL’S PLAY contains (without) R(esistance) to make an adverb meaning for my part or as far as I am concerned.

1d  Truth from a Conservative framed by newspaper (4)
{FACT} – put A and C(onservative) inside (framed by) the pink newspaper.

2d  Running ordinary exercise class (9)
{OPERATING} – a present participle meaning running or managing is built from O(rdinary), the abbreviation for physical exercise and a synonym for class or grade.

3d  There’s no male inside to spoil what you’re reading? (5)
{PAPER} – what you may be reading starts off as a verb meaning to spoil or cosset, then the M(ale) is taken out.

5d  Tenor and composer on small tours (7)
{TRAVELS} – T(enor) and the French composer who wrote Boléro are followed by (on, in a down clue) S(mall).

8d  Fresh plants lay around middle of bed, in an attractive manner (10)
{PLEASANTLY} – an anagram (fresh) of PLANTS LAY contains the middle letter of (b)E(d).

11d  Gust that hurt soprano’s eyes (7)
{WINDOWS} – the definition here is eyes (which are regarded as apertures through which others may peer into one’s soul). Put together a) a synonym for gust, b) a mild exclamation you might utter if you dropped a hammer on your toe, and c) S(oprano).

16d  Was present left to absorb son? (7)
{EXISTED} – a past tense meaning was present or prevailed comes from a verb meaning left or went out with S(on) inserted (to absorb).

18d  Specialised new ICT can help after loss of power (9)
{TECHNICAL} – an anagram (new) of ICT CAN HEL(p) after P(ower) has been removed.

20d  Succeed by record length in running competition (7)
{REPLACE} – the definition here is succeed (as one monarch or Prime Minister may do to his/her predecessor, for example). Insert an old vinyl record and L(ength) inside a running completion.

21d  Arms and legs with marks — evidence of a fire? (7)
{MEMBERS} – a generic term for arms and legs comes from M(arks) (the old, and the way things are going possibly future, German currency) followed by what’s left after a fire.

23d  Let in first man without hint of any sex appeal (5)
{ADMIT} – a verb meaning to let in is constructed from the first man in Genesis without one first letter (hint) of A(ny) followed by a short word for personal magnetism or sex appeal.

25d  Recognised immediately in outskirts of Kingston (5)
{KNOWN} – an adjective meaning recognised or noted requires an adverb meaning immediately or without delay to be placed inside the outer letters of K(ingsto)N.

26d  Bachelor escapes from eccentric host (4)
{ARMY} – what host (indicating a large number) is an archaic term for comes from a slang word for eccentric or mentally unstable after the initial B(achelor) has escaped.

The clues I liked best today were 29a and 11d. Which ones (if any) did you like?