I know I’m asking for trouble giving this puzzle two stars for difficulty, but I did find it to be easy! Ray T entertains us once again with the usual mix of excellent clues. 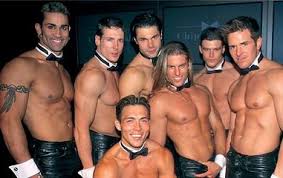 9a    Take on underground cell, say, following swindles (9)
{CONSCRIPT} – a verb meaning to take on or enrol is created by putting what sounds like (say) an underground cell after some swindles 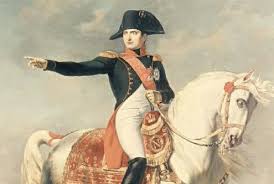 21a    Wild goer’s boxing uniform, almost see-through (8)
{GOSSAMER} – put an anagram (wild) of GOER’S around (boxing) almost all of a word meaning uniform to get an adjective meaning see-through or transparent, especially used of fabrics

23a    Master one hears, of newly-wed (6)
{BRIDAL} – what sounds like (one hears) a word meaning to master or restrain is actually an adjective meaning of or belonging to a newly-wed lady

28a    Somewhat dull chaps start to try flattery (12)
{BLANDISHMENT} – a charade of an adjective meaning somewhat dull, some chaps and the initial letter of (start) to Try gives a word meaning flattery

1d    Company chief managed rocker (7)
{COCHRAN} – a charade of CO(mpany), CH(ief) and a verb meaning managed gives the surname of one of the greatest rockers of all time – as you can probably guess, I’m a fan!

Here’s a lesser known track, but one of my personal favourites – Eddie’s variation on the story of the tortoise and the hare

2d    Pre-match announcement? (5)
{BANNS} – a cryptic definition of the announcement in church of a forthcoming wedding

5d    In front, man’s centre, Queen in fantastic intro (8)
{ANTERIOR} – to get this adjective meaning in front start with the middle (centre) letter of mAn and then put Elizabeth Regina (Queen) inside an anagram (fantastic) of INTRO

14d    Material for video’s shot (8)
{TAPESTRY} – this ornamental material is a charade of a VHS video, the ‘S from the clue and a shot or attempt

17d    God’s position above Odin, strangely (8)
{POSEIDON} – this Greek sea god is created by putting a position or stance before (over in a down clue) an anagram (strangely) of the Scandinavian god ODIN 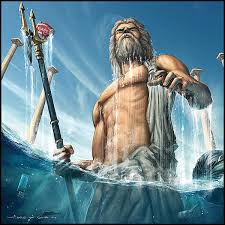 18d    After shooter’s turned up, acquire piece (6)
{NUGGET} – reverse (turned up in a down clue) a shooter and add a word meaning to acquire to get a piece or lump – a piece is a gun in criminal argot and a sandwich in Scottish slang – a fact that led to an interesting confrontation in “The Bogie Man“, a story about a Scottish mental patient who suffers from the unusual delusion that he is Humphrey Bogart

22d    May we find this before? (5)
{APRIL} – a delightfully Yodaish cryptic definition of the month that precedes May

25d    Southern Asian robe, Indian initially (4)
{SARI} – the initial letters of the first four words in the clue give an Indian robe

This one is dedicated to Kath – it was a pleasure to meet you last weekend.