A Ray of Sunshine

It’s my lucky day again – a Toughie from one of my favourite setters.

9a    Ignore tabloid regularly including pair… (5)
{SPURN} – this verb meaning to ignore is created by taking a well known tabloid newspaper and inserting the abbreviation of pair regularly inside (i.e. the tabloid forms the odd letters of the answer and the pair the even)

13a    Round gong struck excessively, initially (5)
{OBESE} – this word meaning round or plump is built up from a gong or award followed by the initial letters of Struck Excessively 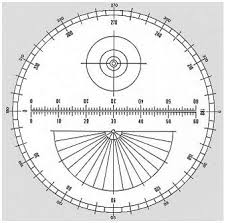 16a    Quarantine island, run down, containing nothing (7)
{ISOLATE} – this word meaning to quarantine or segregate is created from I(sland) and a word meaning to run down or criticise into which O (nothing) has been inserted

18a    ‘Wall’, backing Wright’s ultimate record, a hit (7)
{PARAPET} – this wall or railing is created by reversing (backing) a charade of the final (ultimate) letter of WrighT, an Extended Play record, A and a hit

1d           For beak, rope’s heartless (4)
{NOSE} – the facial feature for which beak is slang is created by dropping the middle letter from a rope

2d           After time, safe to embrace strange bird (9)
{TRUMPETER} – put  T(ime) and criminal jargon for a safe around a word meaning strange to get this  loud-voiced crane-like S American bird

3d           Mechanism blocked by church? (13)
{CONTRACEPTION} –  put a mechanism around the Church of England and then read this all-in-one clue again to get the cryptic definition of this  method of prevention of unwanted pregnancy, which is forbidden by some churches [Thanks Gazza – I missed that}

17d         Creature’s weak, covered by wing flap (9)
{ARMADILLO} – this American mammal with long snout is created by putting a three-letter word meaning weak or unwell inside a wing or department and a flap or fuss

19d         Bird’s support missing top ends of tape measure (7)
{TITRATE} – a charade of a small bird, a support garment without its initial letter (missing top) and the end letters of TapE gives a verb meaning to measure the strength of a solution

20d         Scared by dead relative, heartless Dane flipped (7)
{DAUNTED} – this word meaning scared or intimidated is built up from D(ead), a female relative and D(an)E without its middle letters (heartless) and reversed (flipped)

Lets hope this sets the tone for the week.