Many thanks to Phil McNeill for providing today’s puzzle, which can be downloaded from the previous post.

10a One from the country taking beer after ten to seven (8)
This country dweller could easily be me! – start with the type of beer that is only fit to be drunk with curry, then convert ten to seven into hours and minutes, convert each part into Roman numerals and put them in front of the beer

27a         Going to court? Attorney can start to grill (6)
A word meaning courting a partner is a charade of a two-letter abbreviation of an American attorney, a can and the initial letter of (start to) Grill 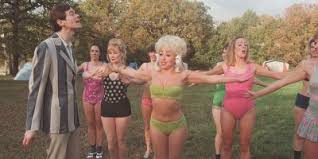