A full review by pommers

Hola from the Vega Baja! No, you’re not cracking up – it’s not Wednesday! I’m just standing in for gnomethang as he’s a bit short of time this week.
This is wonderful stuff from Virgilius as usual and with an added bonus, which everyone (including me) seems to have missed last Sunday, there’s a link connecting 4 of the down clues!

Loads of good clues here but the ones I like best are in blue. Please leave a comment telling us what you thought.  You can also add your assessment by selecting from one to five stars at the bottom of the post.

[Many thanks to pommers for filling in with an excellent review – I have been on serious work and Charity Golf Day graphics this last week! – gnomethang]

4a           Was tail outstanding on fish? (8)
SHADOWED – A verb meaning followed someone (was tail) is SHAD (a fish related to the herring family) followed by OWED (outstanding, as in an unpaid bill). 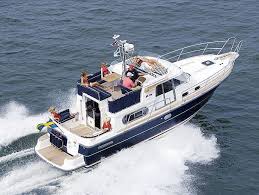 11a         Man protecting little girl, in a manner of speaking (5)
IDIOM – The definition is ‘manner of speaking’.  It’s made up of IOM (abbreviation for Isle of Man) placed around (protecting) DI (short for Diana).  This clue is made a bit tricky by the clever concealment of the capitalisation of Man, by placing it as the first word of the clue. I spent ages trying to do something with HIM or a guy’s name – doh!

12a         They can make puzzles with fitting solutions (7)
JIGSAWS – I think this one classes as an all-in-one (&lit). The first wooden jigsaw puzzles were made by cutting out the pieces with one of these saws.

14a         It accommodates follower of golf on radio (5)
HOTEL – This is the letter after G (Golf) in the NATO phonetic alphabet as used in radio communication. Of course, a hotel also provides accommodation.

15a         Retaliating against English, splitting ill-gotten gain (8)
AVENGING –  The definition here is retaliating. Take V (versus or against) and ENG(lish) and place inside (splitting) an anagram (ill-gotten) of GAIN.

18a         Kind of woman found in trap concealed by cruel man (8)
BRUNETTE – This word describes a kind of woman with brown hair.  Place NET (trap) inside (concealed by) BRUTE (cruel man).

20a         Small statue given zero mark after fight (5)
OSCAR – The Oscar statues are actually quite small, only 34cm including the base. It’s made up of O (zero) followed by SCAR (mark after fight). 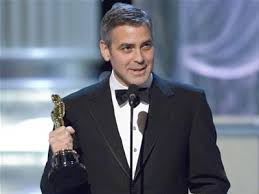 23a         Pie ingredient to grill with family (7)
PUMPKIN – This is a popular pie ingredient in America. It’s a charade of PUMP (grill, as in question) and KIN (family).

27a         Petty detail in incomplete clue I point out (9)
PUNCTILIO – This is a slightly obscure word for a petty detail or fine point. It’s an anagram (out) of CLU (incomplete CLU(e)) and I POINT.

1d           Drunk joined him, emptied large bottle (8)
DEMIJOHN – This sort of large bottle, which I used to use for fermenting a fairly revolting damson wine, is an anagram (drunk) of JOINED with HM (H(i)M emptied).

5d           Goes crazy, as misbehaving fan does, perhaps (4,3,7)
HITS THE CEILING – This colloquial term for going crazy is also what a ceiling fan might do if it malfunctioned.

8d           Spotted man in game starting with a couple of sixes (6)
DOMINO – A domino is a spotted ‘man’ in the sense of a game piece and the game of dominoes is started by playing the double six.

9d           Old city rebuilt on ancient plots (14)
CONSTANTINOPLE – The old name for the city of Istanbul is an anagram (rebuilt) of ON ANCIENT PLOTS. Very smooth surface reading on this one.

16d         Go-getter slightly confused about European dress material (9)
GEORGETTE – This is a type of crepe material used in dress making and it’s an anagram (slightly confused) of GO GETTER with E(uropean). According to Wiki it’s named after the French modiste Georgette de la Plante – one lives and learns!

17d         Make clear space for fighters in boxing contest (5,3)
BRING OUT – Make clear, in the sense of bring to light, is RING (the space where boxers or wrestlers fight) placed inside BOUT (boxing contest).

19d         Travelled at speed a loco is breaking in fast time (7)
RAMADAN – This is the time of year when Muslims have to fast during daylight hours (apparently they also have to refrain from smoking and sex!). It’s made up of RAN (travelled fast) with A (from the clue) and MAD inserted (breaking in). MAD = LOCO, in the sense of lunatic.

24d         Purpose in stunning finish for Japanese fighting (5)
KENDO – Kendo is a Japanese martial art and the word literally means ‘Way of the Sword’. It’s KO (knock out, a stunning end to boxing match) placed around END (purpose or aim).

If you can’t spot the link between the 4 down clues highlight the space between these curly brackets – {1d, 3d, 16d and 17d each contain the name of one of The Beatles}