Feel free to let off steam about the continuing, non-lightning-strike related, problems on the site and the lack of recompense or honest explanations.

21a Repel nag still running — it’s not won many races (7-6)
Having been brought up in a family where my uncles either worked for bookmakers or gave all their money to them, this was easy for me! This is a horse which is entered in a particular type of race because it is not expected to win in any higher grade, or because it can do well against moderate opposition – the winner of such a race is auctioned off afterwards – it’s an anagram (running) of REPEL NAG STILL

3d Starting new life, getting about in pink (13)
A word meaning starting new life or rebirth is a charade of a two-letter abbreviation for about, IN from the clue and a flower hat is also known as a pink

11d Teaches snooker skill, a novel hobby (13)
Combine a word meaning teaches or tutors and a snooker skill to get a hobby that is also the title of a novel by Scottish writer Irvine Welsh and a subsequent Danny Boyle film starring Ewan McGregor 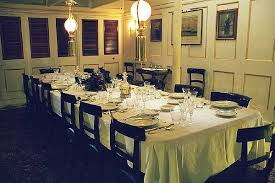