Toughie No 619 by Warbler

10a    First of all swirling clouds unerringly do this (4)
{SCUD} – the initial letters of (first of all) four words in the clue give a verb meaning to sweep along easily and swiftly, like clouds

11a    Lowering grade to include English stage (10)
{RELEGATING} – a verb meaning lowering or downgrading, perhaps to a lower division in the Football League, is created by putting a grade around E(nglish) and a stage of a competition 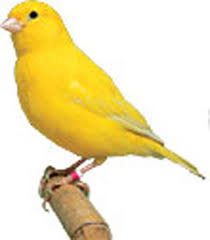 20a    At hospital emergency room a medical officer reviewed cyst (8)
{ATHEROMA} – AT, H(ospital and Emergency Room followed by A and Medical Officer all reversed (reviewed) gives a cyst with contents of a porridge-like consistency

23a    European wives, one after the other, love husband (10)
{DUTCHWOMAN} – this European is a charade of a Cockney slang word for a wife, W(ife), O (love) and a husband

24a    Prayers to Mary for group of fliers (4)
{AVES} – the shortened form of the Latin prayers to Maria, the Virgin Mary, gives a word for these flyers which form the theme of today’s puzzle

21d    One of 24’s duo broadcast about noon (6)
{TOUCAN} – this thematic answer comes from a charade of a three-letter syllable that sounds like (broadcast) a duo, the two-letter abbreviation of the Latin for about and N(oon) 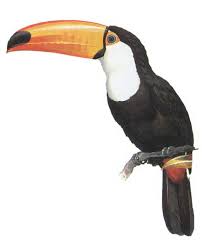 One minor gripe: when the answer to a clue is referenced in other clues, and the number of that clue could refer to an across answer or a down one, it is customary to suffix the references in order to uniquely identify them.