1a           French gesture that may be vulgar or improper (8)
A charade of FR(ench) and a gesture or signal gives a numerical quantity, of which vulgar and improper are examples (may be), that is not a whole number

9a           Cut out holding gold, get rid of possessions (8)
Put to cut out or remove around the heraldic term for gold to get a word meaning to get rid of evil spirits that have possessed a person or place

26a         Rule or controlling device pronounced the epitome of what’s right (4)
A word that sounds like (pronounced) rule, and also sounds like a device used to control a child or a horse, is part of the expression “as right as …”

28a         In the red, I typically needed something from my parents (8)
Hidden inside four words of the clue is something passed down from one’s parents

2d           Not long ago, little foreign money in bank (8)
A word meaning not long ago is created by putting a small unit of foreign currency inside a word meaning to bank or depend

6d           About to get going, after start of crossword puzzle (8)
Put a two-letter synonym for about (not RE this time!) and a word meaning to get going or establish after the initial letter (start) of Crossword to get a verb meaning to puzzle

8d           Bridge pair that’s without king or queen — most odd (8)
Start with two partners in the game of bridge then add the full Latin expression for “that is” around (without) the abbreviation, from the Latin, for king or queen to get a word meaning most odd 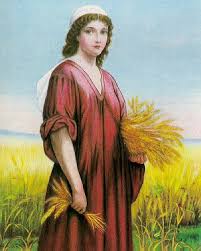