Toughie No 618 by Firefly

Greetings from the Calder Valley! I’m demob-happy and off on my jollies to the Lakes tomorrow, and as I have to run around getting things sorted out for me to thrive up there, today’s blog will be a two-hander with BD helping out with the Downs. Thanks to our host for helping out when I realised there aren’t enough hours in the day.

Today we have a puzzle from Firefly which is similar to one I set in the NTSPP puzzle slot a while back in that it is based on a type of puzzle called Theme and Variations, where there is a theme, often not to be found in the puzzle and then a number of answers that relate to the theme in different ways, which means there’s usually no definition in those clues. These require a little solving readjustment as the clue as a whole is actually either made up of indications. And so it is here today with Firefly’s enjoyable puzzle which has eight answers where as you solve it you will find there are four that are one interpretation of the theme and the remainder another. I did spend a bit of time trying to put the answers into pairs as I solved them, but realised I wasn’t barking up quite the right tree.

The clues are very much as we have come to expect of Firefly and although I have been a little critical recently of a couple of his offerings, I am pleased to say this was quite palatable. Unfortunately because of how things work with the on-line solving software, what could have been a clever preamble is relegated to an afterthought after the first of the themed clues. However, it doesn’t really detract from the puzzle and Firefly is to be commended, although I did think one or two clues to be a little weak or almost too clever with surface reading (8 down being the prime example). The theme is attached at the end, hidden until you highlight it.

Please leave a comment telling us what you thought. You can also add your assessment by selecting from one to five stars at the bottom of the post. Favourite clues are highlighted in blue. I’ll see you in a couple of weeks.

A plug for the dead-tree version of the Telegraph this weekend with free puzzle magazines on Saturday and Sunday, and there is an Elgar Toughie to look forward to.

1a    Holding end of pan, cook let rip with afters — these? (5,8)
{APPLE FRITTERS} This held me up more than it probably should have done. It’s an anagram (indicated by ‘cook’) of LET RIP and AFTERS, plus P, for end of pan, which is a bit naughty in my opinion, although it is strictly correct; I think I’d have prefer “one end of pan”. This gives you a dessert found in some Chinese restaurants.

9a    Try changing in here by nine (6-3)
(COMPILER’S NOTE: This and seven other clues lack a common definition of their answers)

{THIRTY-SIX} To get an example of the theme place an anagram (changing) of TRY inside a word meaning here, present. Add to this the Roman numerals for nine

10a    Kettle cut out around eleven (5)
{DIXIE} A colloquial word for a kettle or billycan consists of a word meaning cut which goes around the Roman numerals for eleven.

11a    He gives signal to the Queen! (5)
{PIPER} This is a clue where the whole of the clue sort of defines the word required. A word meaning a signal, there are some of these with the GMT signal, is added to ER (The Queen) and gives you someone who could serenade HM.

12a    Every single rift brother denied (4)
{EACH} If you remove BR (brother) from a word meaning a rift; think of when a dam bursts you will be left with something that means every single one.

15a    Faults oddly held in substantial denial (7)
{REFUTAL} The odd letters of FAULTS are to be placed in a word that means substantial to reveal a word for a denial.

17a    Sleep with a mistress from Windsor? (7)
{BEDFORD} Not Barbara or Barmaid as I first thought. This is a theme word (no definition) so you need a word meaning sleep and add to it the name of one of the Merry Wives of Windsor.

18a    Tatty mat covered in smut (7)
{PORTMAN} Inside a word meaning smut or filth (as peddled by Richard Desmond, for example) goes an anagram of MAT.

20a    Restraint shown about Greek’s distress (7)
{CHAGRIN} An abstract noun meaning distress (I personally thought it was a sort of peevish annoyance, rather than distress) is found by putting a word meaning restraint around GR (Greek).

21a    Shafts of skates? (4)
{RAYS} A double definition. A word that means a member of the skate family of fishes and one that means shafts of light.

22a    Cast-off pieces of ‘Ulysses’ script edited (4)
{USED} Here we have U S (“pieces” of Ulysses’ script) added to an abbreviation for edited to give a word meaning cast-off.

23a    Turn out Charge Nurse for swopping positions (5)
{ENSUE} A word meaning turn out is found by taking an abbreviation for a level of nurse and a legal word meaning to charge or take action against and swapping them round, so the abbreviation comes first.

26a    Lawyer’s article backed about independent water plant (5)
{NAIAD} A type of aquatic plant is found by placing an abbreviation for a (US) lawyer and AN (article) around I (independent) and reversing it all.

28a    Way of escaping issue around pressure communicated by former partner (9,4)
{EMERGENCY EXIT} Inside a word meaning issue or give out, goes a homophone (communicated) of a word meaning pressure or haste, along with a two letter word for a former lover or partner. This gives the means for getting out a vehicle in trouble.

1d           Stripper Nina at work — she might have a use for it! (14)
{ANTIPERSPIRANT} – there’s nothing like a nice long anagram to get you going – work indicates an anagram of STRIPPER NINA AT is needed to get something of use to this girl 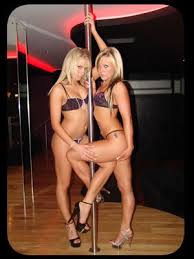 3d           By which to gain access to one’s old inside? (10)
{ENTEROTOMY} – an all-in-one clue – combine a word meaning to gain access, TO and a possessive pronoun equivalent to “one’s” and then insert O(ld) to get an incision of the intestinal wall

4d           Abbot and Costello charged nothing in retirement (7)
{RUSSELL} – start with the first name of a comedian with surname Abbot (not Bud, I wasted a lot of time trying to work him into the answer!) and add (COST)ELL(O) without (in retirement) COST O (charged nothing) to get one of the themed answers

8d           What the Palace shows when sentries vetted rigorously? (6,8)
{VESTED INTEREST} – this personal stake or involvement in an undertaking or situation is an anagram (rigorously) of SENTRIES VETTED

14d         Notice bird — about a hundred on lake close by (10)
{ADJACENTLY} – a two-letter notice is followed by a three-letter bird, the latter placed around A, a hundred, as in per hundred, and L(ake) gives  an adverb meaning close by 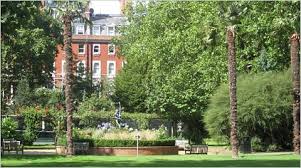 25d         … starts to evanesce, duplicating Geneva’s eastern border (4)
{EDGE} – the initial letters of four of the words in the clue give a border

I’m not a great fan of puzzles where the instructions state that there is no definition for some of the clues, but this one wasn’t too bad.