Although not too difficult (for me it took less time than today’s back-page puzzle), this was very enjoyable.

1a    Plant putting oxygen in the sea (6)
{BRIONY} – an alternative spelling of this wild climbing plant, common in English hedgerows, is created by putting O(xygen) inside a poetic word for the sea 11a    Sweet juice in Oriental fruit (9)
{NECTARINE} – a charade of a sweet juice, favoured by the Greek gods, with IN and the abbreviation for Oriental gives a citrus fruit 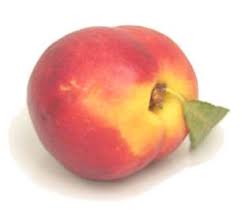 12a    Stir too, cooking this (7)
{RISOTTO} – an anagram (cooking) of STIR TOO gives something an Italian chef might cook 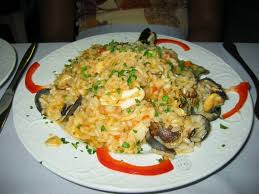 13a    One soaking old ham (7)
{EXACTOR} – the definition here is “one soaking”, in the sense of a racketeer, and it’s a charade of a two-letter suffix used for old and a ham in the theatre

14a    Drop-outs in fifties obtain teenager to groom (4,10)
{BEAT GENERATION} – this 1950s movement of young people who rejected conventional society is an anagram (to groom) of OBTAIN TEENAGER

17a    Plastic explosive in America fatally damaged organ (4,2,3,5)
{NEWS OF THE WORLD} – put a four-letter synonym of plastic and H(igh) E(xplosive) inside another name for the Americas to get a recently-closed newspaper – what, you’ve forgotten all about it already!

24a    Rattletrap’s part of rubric: abracadabra! (9)
{BRICABRAC} – this rattletrap is hidden inside the last two words of the clue

26a    Farceur gets English cross (8)
{TRAVERSE} – I can hear the cries of “unfair!” from the younger solvers! – the name of a playwright who wrote a number of farces is followed by E(nglish) to get a word meaning to cross 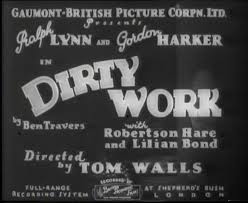 1d    It covers up British beating European (8)
{BATHROBE} – this item of clothing covers up after a shower – it’s a charade of B(ritish), a word meaning beating and E(uropean)

3d    Identification upset person controlling admission (4,3)
{NAME TAG} – this badge identifying the person to which it is fixed is created by reversing a person who controls admission to an event 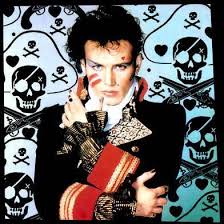 18d         Leak reference in Daily Telegraph? (7)
{SEEPAGE} – if this leak is split (3,4) it could be a reference instructing you to look somewhere else in the newspaper This puzzle definitely grew on me as I wrote the review.  Welcome back Messinae after a long rest.