Hints and tips by Bufo

I found this one a bit of a struggle but got there in the end. I’ll be interested to see if others struggled or whether it was just me having an off day

9a    Runner falls over, drinking maritime spirit (8)
{POSEIDON} It took me some time to justify this answer. The runner is an Italian river. This is followed by a reversal of a word meaning “falls” then by a 2-letter word meaning “drinking” (as in “What are you on?”). The answer is the Greek god of the sea

10a    Hire out Alpine house, neglecting tea (3)
{LET} “To hire out” is obtained by removing CHA (tea) from an alpine house 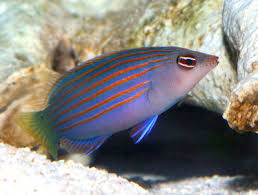 14a    Authorise energy company to get name replaced by mid-November (7)
{EMPOWER} Take the name of a UK-based electricity and gas supply generation company and change N (name) to EM (the middle two letters of November). This gives “to authorise”

20a    Retired hooker, say, probes extremely shady tactics (8)
{STRATEGY} A reversal of a hooker + EG (say) goes inside SY (first and last letters of shady) to give tactics

27a    ‘Actress: My Role in Norma’s Split’ (7,6)
{MARILYN MONROE} An anagram (split) of MY ROLE IN NORMA gives an actress originally named Norma

3d    One month in first-class college, germ-free (7)
{ASEPTIC} An abbreviated form of one of the 12 months goes inside first-class then C (college) to give “germ-free”

4d    Fabulous dog, porky around backside (6)
{LASSIE} A fictional collie dog is formed from a porky (pie) round an American’s backside (cf 11 across)

5d    Swinging family, one seen in minimal clothing (6)
{BIKINI} Swinging (in a sexual sense) + family + I (one) gives skimpy beachwear

18d    Awful spelling? Deficiency in graduate report’s disheartening (5,3)
{BLACK ART} Awful spelling (as in casting a spell) is given by a graduate + RT (first and last letters of report) round a deficiency

21d    Dawn gets two golds, the second in Argentina (6)
{AURORA} The dawn is formed from the atomic symbol for gold + another word for gold inside the IVR for Argentina

[Here’s one of the all-time classic Rock’n’Roll records.   BD]