I had no particular favourites in this very ordinary back-page puzzle.

1a    How one might describe daughter exciting males? (6)
{DAMSEL} – to get this young girl follow D(aughter) with an anagram (exciting) of MALES

5a    Distant commander with a touch of levity? That’s ridiculous (8)
{FARCICAL} – a charade of distant (3), a Commander-in-Chief, A (from the clue) and L (touch of Levity) gives a word meaning ridiculous

10a    Old man taking in a number with sheep in wide survey (8)
{PANORAMA} – put the old man (2) around (taking in) A, a two-letter abbreviation for number and a male sheep to get a wide survey or view

11a    A vote celebrity reversed for one making cuts (6)
{AXEMAN} – start with A from the clue, add the mark used on a voting paper and finish with a celebrity reversed – the result is someone who cuts – no friend of Anne Boleyn or Catherine Howard!

12a    Mean French product in the UK? (6)
{IMPORT} – a double definition – meaning and a foreign product used in the UK

16a    Station familiar to Aussies? (8)
{VICTORIA} – a London station and an Australian state 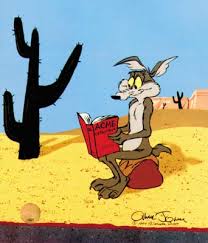 23a    Secure form of transport around centre of Paris for a crawler? (4,4)
{LAND CRAB} – a word meaning to secure, as in to secure a deal, is followed by a form of private hire transport around the middle letter of PaRis to get a crawling crustacean 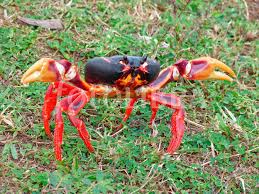 26a    Aim held by figure leading outsiders from crazy political faction (8)
{TENDENCY} – put an aim or object inside a figure or number and the outside letters of CrazY to get a political faction, like the one based around the Militant newspaper

3d    Catchers of fish brought up to avoid river disagreement (3-2)
{SET-TO} – reverse (brought up, as this is a down clue) some aquatic fish-eating carnivores and then drop (avoid) the R(iver) to get a disagreement

4d    Mind careless talk of hero overlooking hotel (4,5)
{LOOK AFTER} – a phrasal verb meaning to mind or care for is an anagram (careless) of TALK OF (H)ERO wiythout (overlooking) the H(otel)

6d    Wine and port a judge knocked back (5)
{RIOJA} – to get this Spanish wine, no doubt one of Pommers’ favourites, there is no need to squash grapes, just start with a Brazilian port and then reverse (knocked back) A (from the clue) and J(udge)

7d    It comes first in time shown by railway journey plan (9)
{ITINERARY} – a charade, starting with IT and following with IN, a time and the abbreviation for R(ailwa)Y, gives a journey plan

15d    Peacekeepers beginning to concentrate on church service? There’s indifference (9)
{UNCONCERN} – this charade joins together the world’s peacekeepers, the first letter of (beginning to) Concentrate, ON from the clue, the Church of England, and the senior military service to get a word meaning indifference 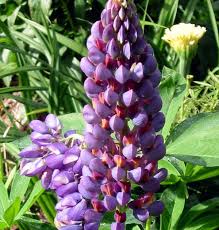 24d    Couple of firms associated with a drink (5)
{COCOA} – he abbreviation for a firm is repeated and followed by A to get a bedtime drink.