1a           Showing surprise on the square perhaps, deny a lie that’s false (7,2,6)
This phrase meaning showing surprise is comprised of a word meaning being on the cricket square receiving the bowling followed by an anagram (that’s false) of DENY A LIE

9a           Having domain unsettled, getting about (7)
An anagram (unsettled) of DOMAIN is followed by (getting) a one-letter abbreviation for about – read this all-in-one clue again to get the definition

11a         Vegetable garden containing kale initially put on large lorry (9)
To get this grey-green flower-head, served as a vegetable, put a verb meaning to garden (with a particular garden implement) around the initial letter of Kale all following the informal form of a large lorry which has its cab flexibly attached to the rear section 27a         Book unravelling ethnic treachery (7,2,3,3)
One of America’s most famous works of fiction is an anagram (unravelling) of ETHNIC TREACHERY 3d           Litmus perhaps in acid turned to red at first (9)
A very cleverly constructed clue! – litmus, a substance that turns red in acid, is an example of this substance which is constructed from IN, ACID reversed (turned), TO and the first letter of Red

7d           Most stupid of Americans anyhow (9)
Two words that mean most stupid (5,4) when combined give a word, largely used in North America, meaning anyhow or however

24d         Father holding Australian bird’s bone (5)
Put the abbreviation of father, in the religious sense, around an Australian bird (the feathered kind, not a Sheila!) to get a bone found in the leg 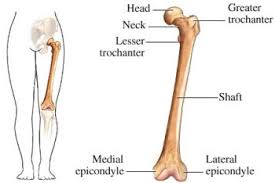