Two difficulty ratings today. The first is for those, like me, who sail through Ray T’s puzzles and the second is for those that struggle. Either way, the enjoyment level is the same.

10a    Company facing start of military strike action (6)
{COMBAT} – a charade of CO(mpany), M (start of Military) and a word meaning to strike leads to this (military) action 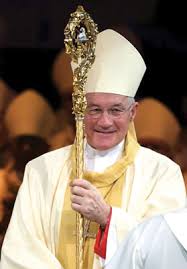 14a    However, chap’s half masculine (5)
{BUTCH} – a charade of a conjunction meaning however or nevertheless and half of a CH(ap) gives an adjective meaning masculine

17a    Pig’s head? (9)
{SWINEHERD} – a cryptic definition of the person who tends pigs – a black mark if you tried to fit Chief Constable in here!

22a    Defend former wife with scheme taking one in (7)
{EXPLAIN} – to get this verb meaning to defend or justify, start with a former wife (or husband) and then put a scheme around (taking … in) I (one)

24a    Criminal let out from closed institution (7)
{CONVENT} – a charade of a criminal (3) and a verb meaning to let out or release to get a closed community of people, usually women

25a    Thus Tory leader holds fight for council (6)
{SOVIET} – put a word meaning thus (2) and T (Tory leader) around (holds) a word meaning to fight for or contend to get a council, especially one of those forming the machinery of local and national government in the former Union of Soviet Socialist Republics

27a    Changing tone, it helps her job? (11)
{TELEPHONIST} – an anagram (changing) of TONE IT HELPS gives a job loosely referred to by the clue

3d    Pickled with brine, I eat nuts (9)
{INEBRIATE} – an adjective meaning pickled or intoxicated is an anagram (nuts) of BRINE I EAT

4d    Starts to take alternate course, keeping steady (5)
{TACKS} – the initial letters of (starts to) the last five words of the clue give a verb defined by the whole of this all-in-one clue

5d    Charge from force on one holding up train? (7)
{RAMPAGE} – a word meaning to charge or run amok is a charade of a word meaning to force followed by (on in a down clue) a young boy attending a bride at a wedding – if you looked for a reversal here, you didn’t find it!

6d    A group performing in dump (7)
{ABANDON} – a charade of A (from the clue), a musical group and a word meaning performing gives a verb meaning to dump or desert

7d    Smash opening of bathroom cabinet clutching chest (11)
{BLOCKBUSTER} – a smash or success is derived by starting with B (opening of Bathroom) and then putting a cabinet or small cupboard that can be secured around (clutching) the upper front part of the human body, especially a woman’s chest

8d    Class dunce has nothing right (6)
{ASSORT} – a verb meaning to class or categorize is a charade of a dunce, O (nothing) and R(igh)T

21d    Bowls and fields around end of green (6)
{ARENAS} – these large, often bowl-shaped, stadia are created by putting fields or territories around N (end of greeN) 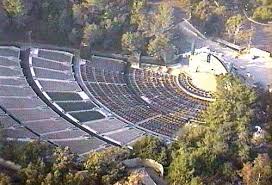 My only complaint about Ray T’s puzzles is that the answers often give little scope for illustration!