I’m running a little late this morning, largely due to an early morning appointment. Here’s another excellent puzzle from Ray T.

8a    Policeman’s bad run following diamonds (7)
{OFFICER} – this policeman – Dibble, perhaps! – is derived from a word meaning bad or rotten (3) then R(un) preceded by a slang word for diamonds 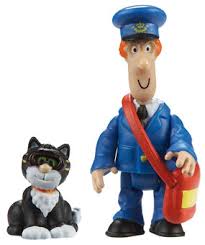 14a         A large bird fed every second (9)
{ALTERNATE} – a charade of A, L(arge), a long-winged aquatic bird and a word meaning fed gives a word that means every second occurrence – not every second in time!

19a         Stiffen, cementing retaining wall (5)
{FENCE} – hidden inside (retaining) the first two words of the clue is a wall or barrier

24a         Like the man after seconds before single dish (7)
{SASHIMI} – put synonyms for “like” and “the man” after S(econds) and before I (single) to get a Japanese dish of thinly-sliced raw fish served with soy sauce, grated radish, etc. 26a         Guitar gear smashed with passion about arena (12)
{AMPHITHEATRE} – a charade of gear used with an electric guitar, a verb meaning smashed or thumped, passion or ardour and one of Crosswordland’s words for “about” gives an arena

2d           Sick equine holding carriage (7)
{MACABRE} – a word meaning sick or gruesome is created by putting a female equine (perhaps a refugee from today’s Toughie!) around a hackney carriage

5d           Tourist, one leaves money around end of dinner (7)
{TRIPPER} – this tourist is derived from a person who leaves additional money, after a meal perhaps, around R (end of dinneR)

6d           Hitch vehicle following trailer? (7)
{REBECCA} – this famous film directed by Hitchcock was preceded, the previous week, by a trailer

7d Opinion about potty son, one’s all there (6,6)
{COMPOS MENTIS} – put an opinion, like the ones entered below the main post, around PO(tty) and S(on) and add I’S (one’s) to get an expression meaning “all there” or “of sound mind”

15d         Stop white ant engulfing North America (9)
{TERMINATE} – a word meaning to stop is constructed by putting a so-called white ant, a pale-coloured insect of the order Isoptera which is only superficially like an ant, around the abbreviation of North America

17d         Mafia’s rise includes death, bud (7)
{BLOSSOM} – reverse (rise) a nickname for the Mafia around (includes) death or demise to get a word meaning to bud or develop 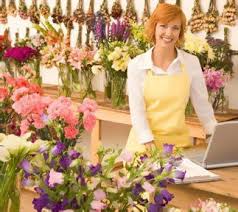 All done, now it’s back to assembling the flatpack furniture!