Not the Saturday Prize Puzzle – 067 (Review)

Prolixic has given us a puzzle which is a bit different from his previous compilations. He’s given us a fair few words which I, at least, didn’t know but to compensate he’s made the wordplay for most of them more straightforward than we’ve come to expect from him.

1a  Modern battles rendered in mathematical form? (10,3)
{MANDELBROT SET} – well, I had heard of this mathematical form, an anagram (rendered) of MODERN BATTLES, but I didn’t really know that it meant “a set of points in a highly iterated and diminishing function”. It does produce some pretty pictures like the following:


10a   Base used by florists’ group (5)
{OASIS} – double definition – a block of light permeable material used to hold cut flowers (new to me) and a Manchester-based band.

11a   Makes new searches harbouring terrible evil (9)
{NOVELISES} – the definition is makes new. Put a verb meaning searches or pries into something around (harbouring) an anagram (terrible) of EVIL.

12a   Bishop in measures with Queen’s hunters (9)
{FERRETERS} – these are hunters who make use of animals adept at chasing rabbits from their warrens. Put the abbreviation for a bishop’s title inside measures of length and the Queen’s initials (adding the ‘S).

13a   Opening for setter returning (5)
{PROEM} – start with a prefix meaning for and add how the setter refers to himself reversed (returning) to make an introduction or prelude.

14a   Scaly psoriasis described song (7)
{CALYPSO} – hidden (described) in the clue is a West Indian song.

18a   Dip in road back to river – not quite! (7)
{IMMERSE} – this is a verb meaning to dip. Reverse the main road from London to Leeds and add a river that enters the Irish Sea at Liverpool, having first docked its final Y (not quite).

20a   Soldier’s t-tales for attendants (7)
{GILLIES} – these attendants are the sort you might see on a grouse moor in Scotland. Start with the abbreviation for an American soldier and add false tales, doubling the initial letter to match the stuttering T.

22a   Regularly need lairs for winter pear (5)
{NELIS} – luckily the wordplay is clear – take the odd (regularly) letters of need lairs – because I’d never heard of this word for a variety of pear that does not ripen until winter.

24a   Tactless mother’s boy not starting legal claim (9)
{MALADROIT} – the definition is tactless or clumsy. String together an affectionate abbreviation for mother, a synonym for boy and a word, from the French, for a legal claim without its initial D (not starting).

26a   Soldiers hesitate taking map in new deal (9)
{RECHARTER} – put another word for map between the abbreviation for the Royal Engineers (soldiers) and an interjection used when you can’t think of what to say next.

27a   Old car (v2) sent away for moulding (5)
{OVOLO} – presumably the (v2) in the surface indicates twin-valve. In the wordplay, however, we’re being told to send away the second V from O(ld) VOL(v)O. This leaves the letters of another word new to me for a moulding with the rounded part composed of a quarter of a circle.

28a   Recipe of cathedral cook found in 8? (4,9)
{DARK CHOCOLATE} – recipe means instructions for making something so I suppose it works as an anagram indicator for CATHEDRAL COOK to make something you might find in 8d.

2d   Southern American in a lawsuit after losing independence (7)
{AUSTRAL} – an adjective meaning southern is produced by putting an abbreviation for American inside A TR(i)AL, without the I(ndependence).

3d   Agent performed with James returning in poor condition (9)
{DISTEMPER} – a charade of the abbreviation for a sales representative (agent), a verb meaning performed or fulfilled (one’s obligations, say) and the abbreviated forename of the late Carry-On actor, Mr James needs to be reversed (returning) to make an infectious disorder affecting animals (poor condition).

4d   Spear a sand eel (5)
{LANCE} – double definition, the second an alternative spelling of a type of sand eel. Chambers came to my aid once more to verify this.

5d   Lovely virgin has gone astray (9)
{RAVISHING} – an adjective meaning exceedingly lovely is an anagram (gone astray) of VIRGIN HAS. This is a beautifully constructed clue.

6d   Showy person, one notedly from Amsterdam (5)
{TULIP} – I didn’t know that this word for a flower could mean a showy person. Max Bygraves had a hit song (notedly) with some of the flowers from Amsterdam.

7d   Relax and inwardly annoys the upper classses (4,3)
{EASE OFF} – a phrasal verb meaning to relax comes from the innards (inwardly) of (t)EASE(s) (t)OFF(s). My favourite clue.

8d   Read fine lesson book without introduction for sweet retailer (13)
{CONFECTIONARY} – string together a verb to read or study, F(ine) and a book of church lessons without its leading L (introduction) to make a place where sweets are made or kept (I’m not sure that this is quite the same as a sweet retailer).

9d   Emission ratio adjusted in chemical process (13)
{ISOMERISATION} – an anagram (adjusted) of EMISSION RATIO gives us the name of a chemical process. This was the last answer I wrote in when I had every checking letter in place. Having verified that it’s a real word in Chambers, I’m afraid that I’m not a bit wiser as to what it means.

15d   Defeat for American striker supporting left (9)
{OVERMATCH} – this is a, mainly American, verb to overcome or defeat (defeat for American). Put something that is struck to make fire under (supporting, in a down clue) what’s surplus or left.

17d   Rocket storage facility (5,4)
{SALAD BOWL} – there’s a nice bit of misdirection in this cryptic clue – it’s nothing to do with silos (which was my original thought) – rocket here is the salad vegetable (a waste of space as far as I’m concerned) so we want what you might use to put it in.

19d   Paul informally adopts small boy in region of Malaysia (7)
{MALACCA} – put the nickname of a well-known Paul around how Mrs Capone may have referred to her sweet little son. 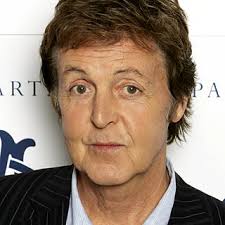 21d   Solve one number in retreat (4,3)
{IRON OUT} – a phrasal verb meaning to solve starts with I (one), then this is followed by the abbreviation for number inside a retreat following an overwhelming defeat on the battlefield.

I liked 18a, 3d and 5d but my favourite clue was 7d. Thanks to Prolixic for an interesting and enjoyable challenge.