Judging by the early recorded times on Telegraph Puzzles (that is those times entered before the cheats have come along) it seems that several people found this puzzle difficult, so I have opted for three stars rather than two (that probably won’t be enough for some!). Although I had no difficulties in solving, I thought that several of the constructs were bordering on unfair.

1a    Be critical of a Catholic institute in friendly Central American location (6,4)
{PANAMA CITY} – start with a word meaning to criticise (3), follow that with A and then C(atholic) I(nstitute) inside a colloquial word for friendly to get a location in a Central American state

9a    Old sea dog (5)
{ROVER} – an old sea dog or pirate is also the name of a dog – easy to solve, but it is neither a double definition nor a proper all-in-one clue – I can see how some might think this was clever, but I’m not one of them

10a    O’Connor Socrates — not so daft philosopher (9)
{DESCARTES} – start with the first name of Mr O’Connor (not Tom but the one with Careless Hands) and then add an anagram (daft) of (SO)CRATES without the first two letters (not so) to get this famous French philosopher – “Cogito, ergo sum”

12a    Writer’s profession lacking new hip art’s development (13)
{CALLIGRAPHIST} – to get this creator of decorative handwriting start with another word for a profession, drop the N(ew) and then add an anagram (development) of HIP ART’S

14a    Tack that’s more than near the knuckle! (4,4)
{OSSO BUCO} – a cryptic definition of an Italian dish of veal knuckle cooked with the bone and stewed in wine, herbs, etc.

15a    Composer of ‘Give Ireland Back To The Irish’ and ‘Eleanor Rigby’ (6)
{HANDEL} – this composer is hidden in the clue – and is accompanied by rather too many words that are only included for the surface reading, which might have been acceptable if the answer was Paul McCartney, the actual composer of the two songs

25a    Relative’s confused when a right is disregarded (5)
{UNCLE} – to get this male relative, take a word meaning confused or indistinct and drop (disregard) A R(ight) from the end

27a    Five crack police confronting regular peddler with old bike (10)
{VELOCIPEDE} – combine the Roman numeral for five, an anagram (crack) of POLICE and the even (regular) letters of pEdDlEr to get an old bike – the answer is not a lady who has numerous male visitors! 1d           Too much French upset Stanley, for one (4)
{PORT} – reverse the French for “too much” to get the word that precedes, for example (for one) Stanley in the Falkland Islands 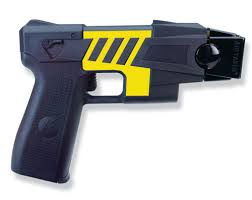 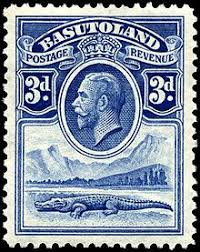 11d         Following Arbuckle’s lead, the metamorphosis of Chaplin, a true star (5,8)
{ALPHA CENTAURI} – start with A (Arbuckle’s lead) and follow it with an anagram (metamorphosis) of CHAPLIN A TRUE gives the third-brightest star in the sky Too many messy clues for my liking – better luck next Thursday!