Toughie No 539 by Giovanni

What do you want?

A very enjoyable puzzle from Giovanni today. I liked the sixties reference, even though it eluded me at first.

10a    Spooner’s endowment thus provides the bread (9)
{SOURDOUGH} – what the Reverend William Archibald Spooner might have said instead of dower so (endowment thus), although I can’t imagine why he would want to, gives bread made from material left over from a previous baking 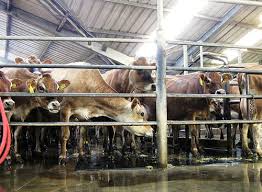 16a    Player in support hugging fellows belonging to famous group (15)
{INSTRUMENTALIST} – this player in an orchestra is constructed from IN, a support or prop placed around some fellows and finally a group of self-styled celebrities (1-4)

19a    Reliable female gets a good person after dodgy dates (9)
{STEADFAST} – an adjective meaning reliable is built from F(emale), A and a good person coming after an anagram (dodgy) of DATES

25a    Managed, with bag, to obtain loot (7)
{RANSACK} – an unoriginal charade of a verb meaning managed or administered and a bag made of coarse fabric gives a verb meaning to loot or plunder

28a    Fatty stuff I had — fleshy part at the front (5)
{LIPID} – any of a group of chemicals found in bodily tissues, including fats, oils and waxes, is derived from the abbreviation of “I had” preceded by either of the two fleshy parts which form the upper and lower edges of the opening of the mouth 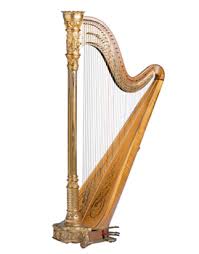 3d           Woman briefly working for Labour leader struggled (10)
{FLOUNDERED} – a charade of a shortened woman’s name (3) and a phrase that could mean working for the current leader of the Labour party (5,2) gives a verb meaning struggled

7d           Language you get from one sailor with a vessel capsizing (8)
{GUJARATI} – this Indic language is derive by reversing (capsizing) a charade of I (one), a sailor (3), A and a vessel used for holding and pouring liquids (3)

8d           Saint, passionate old male within — one senses the brightness (10)
{PHOTOMETER} – take the name of the saint who was the first bishop of the Church at Rome and insert a word meaning passionate, O(ld) and M(ale) to get an instrument used to sense the brightness or intensity of light

13d         Plant in collection in container covering one small area (10)
{POINSETTIA} – this plant seems to be a particular favourite of a number of setters, probably because no other word fits the checking letters! – put IN and a collection inside a container and then add I (one) and A (small Area) For me this was the best Giovanni Toughie for a while, in spite of the inclusion of a couple of hoary old chestnuts!