If the Telegraph is following its usual pattern this puzzle should be by Shamus, but I’m not sure of that (Shamus is normally pretty good about leaving a comment to claim ownership of his work, so we may find out later today). It’s a pleasant solve which is not overly difficult, but there are a couple of clues (5d and 26d) where the allusions may cause a bit of head-scratching, so I’ve upped the stars for difficulty from two to three. Let us know your opinion in a comment.
To reveal an answer highlight the space between the crinkly brackets under the relevant clue.

7a  Lucid narrative representing justice say (8,6)
{CARDINAL VIRTUE} – an anagram (re-presenting) of LUCID NARRATIVE produces one of the main moral qualities on which civilisation is said to depend. Justice is one example of these (another being fortitude).

9a  Reformed faculty member grabbing second broadcaster (10)
{NEWSREADER} – reformed might look like an anagram indicator but it’s not in this case. We want a broadcaster and the word is made from an adjective meaning re-formed or re-created followed by a senior university lecturer with S(econd) inside (grabbing).

12a  Recall of lad and lout (3)
{YOB} – reverse (recall) a lad to make a lout. This is slightly odd because that’s how this word for lout was created in the first place.

13a  Coward is cast ready to tremble about first sign of conflict (7-3)
{SCAREDY-CAT} – a playground taunt is an anagram (to tremble) of CAST READY around the first letter (sign) of C(onflict).

16a  List of duties in area to remain on reflection (4)
{ROTA} – a list of who’s on duty when is hidden (in) and reversed (on reflection) in the clue.

17a  Made a bid with amazing fee for gold finally (7)
{OFFERED} – an anagram (amazing) of FEE FOR is followed by the last letter (finally) of (gol)D.

18a  Journalist enthralled by smart language (7)
{SWEDISH} – the abbreviation for a senior journalist goes inside (enthralled by) a synonym for smart to make a European language.

20a  Go away forgetting first sign of ruinous trick (4)
{SCAM} – this is a trick or con. Start with an informal verb to go away and delete (forgetting) the first letter (sign) of R(uinous).

21a  Food from abroad cooked by exotic baker with book (5,5) [online clue]
Dark bone possibly linked to black food from East (5,5) [paper clue]
{DONER KEBAB} – start with a past participle meaning cooked or ready and follow this with an anagram (exotic) of BAKER. Then finish it off with B(ook) and you have a meal originating from Turkey. The clue in the paper is presumably meant to be an anagram (possibly) of DARK BONE followed by B(lack), but it appears to be missing an E, which is presumably why it was changed for the online version.

23a  Man providing a lift at regular intervals (3)
{ALF} – an abbreviated man’s name is made from A followed by regular letters of lift.

24a  Wine, nothing less, constituting drink in local? (4)
{PINT} – a variety of wine (which you can get as Noir or Blanc) loses its O (nothing less) to leave what you traditionally pop down to the local for.

28a  Unkind clerk troubled holding firearm in submission to authority? (9,5)
{KNUCKLING UNDER} – this phrase means yielding to authority or bending the knee in submission. It’s an anagram (troubled) of UNKIND CLERK with a firearm inside (holding).

2d  Some hero symbolised in noted statue (4)
{EROS} – hidden (some) in the clue is the name generally given to the aluminium statue in Piccadilly Circus (although it was meant to represent his brother).

3d  Equipment close to table for flying item (4)
{KITE} – start with equipment and add the closing letter of (tabl)E.

4d  Fish enjoyed overlooking quay (7)
{HADDOCK} – put a verb meaning was given the use of or enjoyed in front of (overlooking, in a down clue) a synonym for quay to make a fish.

5d  Merchant’s partner close to bust, one in debt in retreat (5,5)
{IVORY TOWER} – Merchant is cunningly placed at the start to disguise the fact that it’s a proper noun. We want the name of Ismail Merchant’s partner in a large number of film productions, including Shakespeare Wallah and A Room With A View. Now add the last letter (close) of (bus)T and someone in debt. The result is a phrase meaning a place of retreat from the concerns and practicalities of the real world, so someone living there might be a brilliant scientist, say, who doesn’t know how to operate a TV remote.

6d  Attraction supplied by game in feature of castle? (10)
{DRAWBRIDGE} – a charade of an attraction and a card game. 8d  Lousy and ill-fitting caftan? It’s yours (14)
{UNSATISFACTORY} – an anagram (ill-fitting) of CAFTAN IT’S YOURS.

10d  English port and whisky (3)
{RYE} – double definition, the first being one of the Cinque Ports.

14d  I must ache badly after onset of regular pains (10)
{RHEUMATICS} – an anagram (badly) of I MUST ACHE follows the first letter (onset) of R(egular) to make pains in the muscles and joints. Very neat surface.

15d  Origin of disaster studied completely in a dire way (10)
{DREADFULLY} – the definition is in a dire way. Start with the first letter (origin) of D(isaster) and add synonyms for studied and completely.

19d  Restaurant maybe supported by a state (7)
{INDIANA} – a type of restaurant is followed by (supported by, in a down clue) A to make a US State.

22d  Drink, one consumed by two Kings (3)
{KIR} – this is a drink made from dry white wine and crème de cassis. Put I (one) between (consumed by) two different abbreviations for king.

26d  Birds found by Uncle covering face (4)
{EMUS} – the Uncle that we want is the fictional narrator of a number of folktales from the southern US States, featuring animal characters such as the exceedingly cunning Br’er Rabbit. Drop the first letter of uncle’s name (covering face) to leave large flightless birds from down under. 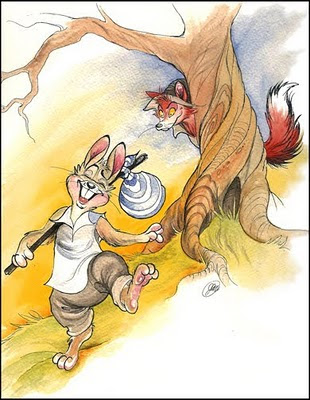 My two favourite clues today were 5d and 14d. Tell us what you liked in a comment.