Not for the faint-hearted!

We have waited since last October for this latest magnum opus from Myops – and it was well worth the wait. Tilsit is back in hospital so has missed out on this truly magnificent Toughie.

6a    One book after another half mentioned where we may go (4)
{JOHN} – take the book of the Bible that comes after Luke – half of LU(ke) sounds like (mentioned) loo which is where we may go!

15a    Pipe burn round old town court house with reconstructed end (12)
{CHURCHWARDEN} – this classic Crosswordland tobacco-smoking pipe is built up by putting a word meaning to burn around an ancient town/city on the Euphrates, Court House and W(ith) and following it with an anagram (reconstructed) of END

18a    The uppers a girl (let alone GI) is thrilled by (6,6)
{PURPLE HEARTS} – in this all-in-one clue, drugs used as uppers are also the name of decorations given to GIs who are wounded or killed in action and you get them by creating an anagram (thrilled by) of THE UPPERS A (GI)RL without the GI

21a    Where granny may sit in a line to get sun, say (8)
{LUMINARY} – this granny is a revolving cap on a chimney pot, so “where granny may sit” is a Scottish term for a chimney followed by IN A and an abbreviation for a train line (2) to give a term meaning something giving off light (such as the sun) [Thanks are due to a friend who lives in Glasgow for the full explanation of this one!]

22a    Totalled and revived (4,2)
{CAME TO} – a double definition of this phrasal verb – totalled or added together and revived or recovered from unconsciousness

25a    Where one’s prompted to sing soul and after row recedes break for refreshment (7,3)
{KARAOKE BAR} – this establishment where patrons are encouraged to sing along to a backing track is built up from the ancient Egyptian term for the supposed spiritual part of an individual human being or god (soul), a word meaning to row a boat reversed (recedes) and an anagram (for refreshment) of BREAK 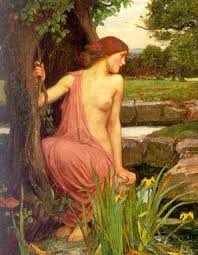 27a    Burgess’s shocking stigma: turncoat — and English! (10)
{MAGISTRATE} – a burgess or member of the governing body of a town is created from an anagram (shocking) of STIGMA, a synonym for a turncoat or traitor (3) and E(nglish) 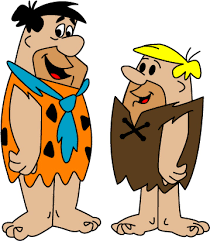 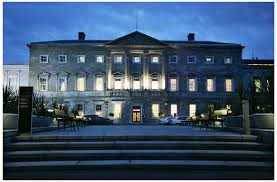 8d           Dwarf: being shaped over very short legs and usually with normal head (8)
{NIBELUNG} – this member of a supernatural race of dwarfs in Germanic mythology is created by putting an anagram (shaped) of BEING around L U (very short Legs and Usually) and N (Normal head) 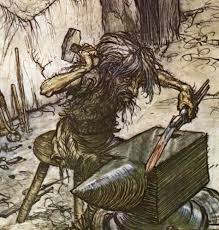 11d         Sitar playing by 6 in new year? You can’t get out of it (12)
{STRAITJACKET} – start with an anagram (playing) of SITAR and then put the familiar version of the name at 6 across inside the Vietnamese lunar new year (remember the offensive that was named after this festival back in 1968) to get something that you can’t get out of

16d         What daily deters doctor with limited measure of intelligence for all to see for work laid on? (8)
{APPLIQUE} – put the fruit that one a day keeps the doctor away around (limited) a measure of intelligence and the certificate designating a film that people of any age are allowed to see to get this work applied to, or laid on, another material

19d         The first person in France to take snake for rodent (6)
{JERBOA} – a charade of the first person pronoun in French, the abbreviation for recipe (to take) and a snake to get this desert rodent that jumps on long hind legs like a kangaroo

I leave you with a video of a song that describes how I felt after I had finished this one.