Toughie No 515 by Busman

While this is not a Toughie that is likely to have been published on a Friday, it is a little more difficult than Busman’s usual offerings. I didn’t like the double-unches and had to look up 24 across, after guessing the first four letters, and 4 down.

1a    Meat for Olympic runners-up? (10)
{SILVERSIDE} – this cut of beef taken from the rump could describe the team that get the runner-up medals in the Olympics

9a    Sufficient reason to turn nothing off (6)
{GROUND} – the basis of a justification, more usually seen in the plural, is created by taking a phrase meaning to turn (2,5) and removing (off) the first O (nothing) – once again, no indication as to which of the two Os is to be removed!

10a    Sights to look around, taking in ruins of timeless Troyes (8)
{EYESORES} – these sights that are offensive to look at are constructed by taking a word meaning to look (3) reversed (around) and inserting (taking in) an anagram (ruins) of (T)ROYES without the T (timeless)

11a    Like a tailless rabbit back in US city (6)
{TUCSON} – two words that could describe a rabbit (or deer) that has no tail (2,4) are reversed to give a US city in Arizona 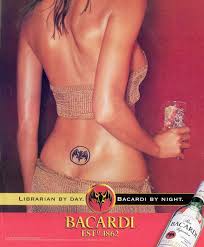 18a    Pre-prepared for this month (7)
{INSTANT} – a word meaning pre-prepared, like coffee, is also the term, usually abbreviated, used in formal correspondence for the current month – as opposed to ultimo and proximo

26a    A little contrary with corrupt files (8)
{DATABASE} – start with a word meaning a little (3), reverse it (contrary) then add a verb meaning to corrupt to get these computer files

28a    He was bound for opera house — he’s from America (10)
{PROMETHEUS} – this demigod, one of the Titans, was chained by Zeus to a rock where an eagle fed each day on his liver – a charade of a word meaning for (3), the shortened form of an opera house in New York (3), HE and the United States

3d    Romeo wandering, holding cross on heathland (6)
{EXMOOR} – put an anagram (wandering) of ROMEO around (holding) X (cross) to get this heathland in Gazza’s county

5d    The genie ruffled the majority? (8)
{EIGHTEEN} – an anagram (ruffled) of THE GENIE gives the age of majority in the UK

7d    Stag party cut connection for instrument (8)
{MANDOLIN} – one way of describing a stag party (3,2) is followed by a connection, maybe for a telephone, without its final letter to get this round-backed instrument like a lute

13d    Homestead fitted with one genuine siren (4,5)
{FIRE ALARM} – put a homestead around I (one) and a synonym for genuine o get this siren – every home should have at least one!

15d    Toughened choirboy in Queen’s train (8)
{ANNEALED} – a word meaning toughened is created by putting this former choirboy, now a radio presenter, after (in ….. train) the last Stuart monarch

19d    Dancers cut short, holding wife first (8)
{TWISTERS} – these people performing a sixties dance are created by dropping the final E from a word meaning short or brief and then inserting W(ife) and IST (1st / first)

21d    Transfer TV duo — yes! (6)
{DECANT} – a word meaning to transfer wine from a bottle to a carafe is formed by taking two really irritating TV presenters and putting their names in the opposite order to that usually seen

22d    Garbo chewed either end of expensive herb (6)
{BORAGE} – an anagram (chewed) of GARBO is followed by E (either end of ExpensivE) to get a blue-flowered, bristly, aromatic herb, the leaves of which have a cucumber-like flavour and are used in salads and to flavour drinks

Nothing here really stands out for me, but the puzzle was a lot better than I had anticipated.