We keep asking Jay for more of the same and he keeps delivering.

1a    The road to ruin? (9,6)
{COLLISION COURSE} – a cryptic definition of a series of actions that will lead to conflict if it continues unabated

23a    Old friend’s impossible situation (9)
{STALEMATE} – a charade of a word meaning old, used for old bread, and a friend gives a situation where a chess player, not actually in check, has no possible legal move, resulting in a draw

1d    Venue for the policeman’s ball? (3,4)
{COP SHOP} – a slang word for a police station is a charade of policeman’s and a ball or dance 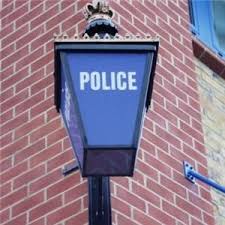 2d    Sensational start to London university — and free (5)
{LURID} – an adjective meaning sensational is built up from L (start to London), U(niversity) and a verb meaning to free

14d    How to treat food with a tired air, perhaps (9)
{IRRADIATE} – a method of treating food is an anagram (perhaps) of A TIRED AIR

16d    Earth, for example, concerned with energy growth (5,4)
{PLANE TREE} – combine what Earth is an example of with a word meaning concerning and E(nergy) to get a growth or large plant 19d    Wild parties in touring car? Most serious (7)
{GRAVEST} – put some wild parties inside a Gran Turismo car to get an adjective meaning most serious

20d    Never lost heart on the way up — attempt return (2-5)
{RE-ENTRY} – remove the central letter (lost heart) from NE(V)ER and reverse it (on the way up, as this is a down clue) then add an attempt to get a noun meaning a return

A special mention today for Araucaria on the occasion of his 90th birthday. Tribute puzzles are in the Guardian, FT and Independent (but not the Telegraph!)