Toughie No 511 by Giovanni

A very pleasant but not too difficult puzzle from the Maestro.

4a    Vandal having instrument destroyed, almost (8)
{VIOLATOR} – this vandal is created from a stringed instrument followed by most of a word meaning destroyed

10a    Get seats organised — a must for the play (5,3)
{STAGE SET} – an anagram (organised) of GET SEATS gives “a representation consisting of the scenery and other properties used to identify the location of a dramatic production” 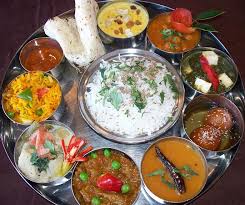 14a    A welcome sign for anyone who hasn’t got ready? (9,4)
{ADMISSION FREE} – a very welcome sign if you want to visit somewhere and you haven’t got any money (ready)

21a    We may discuss this item of headgear, having got cold (5)
{TOPIC} – the subject of a discussion is a charade of a sun hat made from the pith of the stems of sola plants, formerly worn in India, and C(old)

25a    Funny Tommy who rolled out the barrel? (6)
{COOPER} – the surname of a popular comedian called Tommy is also a person skilled in making barrels 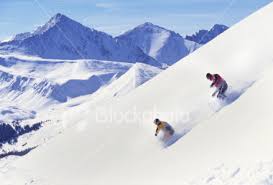 2d           Return when nothing’s left — worker on the scrap heap? (9)
{REDUNDANT} – take a little-used word meaning to return, drop the O (nothing’s left) and add a worker to get a word that can be colloquially expressed as on the scrap heap – see below for Chambers’ explanation of the difference between the two similar synonyms of to return

7d           A lecturer joining group — revolutionary physics unit (5)
{TESLA} – combine A, L(ecturer) and a group then reverse the lot (revolutionary) to get the derived SI unit of  magnetic flux density – a derived unit is a unit of measurement derived from the fundamental units of a system – they are in The Mine! 16d         Examination not fair when one’s restricted by wind! (8)
{MISTRIAL} – this unfair examination, rendered invalid through an error in the proceedings, is derived by putting I (one) inside (restricted by) a strong cold north-westerly wind that blows through the Rhône valley and southern France towards the Mediterranean

19d         Pick dull-looking wine, not the top one (7)
{MATTOCK} – an agricultural tool shaped like a pickaxe, with an adze and a chisel edge as the ends of the head, is built from a word meaning dull-looking followed by a German wine without its first letter (not the top one, as this is a down clue)

20d         Teacher embarrassed — knocked over plant (6)
{DERRIS} – combine the form of address for a male teacher and the colour associated with embarrassment, reverse the lot (knocked over, another down-clue construct) and the result is a woody climbing plant of the pea family

To rebound is ‘to bounce back’, in either a neutral, a good, or a bad sense:
She was throwing the ball against the wall and catching it as it rebounded;
His overweening ambition rebounded on him, as, having displaced his father from the throne, he was in turn ousted by those who would not accept him as the legitimate ruler.

To redound (now a rather old-fashioned or formal word) is ‘to have advantageous or disadvantageous consequences’:
His actions redounded to the credit of the regiment;
A child’s bad behaviour in public inevitably redounds on the parents.