Another fine puzzle from our Wednesday Wizard. Keep them coming, Jay.

For new readers, most of the terms used in these reviews are explained in the Glossary and examples are available by clicking on the entry in “See also”.

8a    Look hurt, rejected by a dispenser under pressure (7)
{AEROSOL} – reverse (rejected) synonyms for look and hurt and precede them by A to get a container that dispenses under pressure as a fine spray 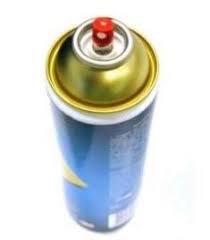 11a    Eat out, and the rest have to start (4)
{ETCH} – a word meaning to eat out a design with acid is a charade of an abbreviation that means “and the rest” followed by H (Have to start)

12a    Cereal offender often does it! (8)
{PORRIDGE} – this breakfast cereal is another word for the prison time served by an offender

15a    What is hewed out and covered up? (11)
{WHITEWASHED} – an anagram (out) of WHAT IS HEWED gives a word meaning covered up or concealed

The drum gets a mention in this video!

23a    Is its place reserved for a doctor? (10)
{SPECIALIST} – an anagram (reserved – think of this as re-served) of IS ITS PLACE gives, for example, a doctor – it is customary to follow a “definition by example” with a question mark: here this is concealed because the clue is posed as a question

1d    The tedium of bedroom frolics! (7)
{BOREDOM} – a synonym for tedium is an anagram (frolics) of BEDROOM

4d    Animal compound supported by celebrities having false identities (3,5)
{PEN NAMES} – an animal compound followed (supported, in a down clue) by a word used to describe celebrities gives these false names used by authors like Mary Anne Evans and Jean Baptiste Poquelin

5d    People from abroad get undeclared jobs (10)
{FOREIGNERS} – a not-so-straightforward double definition – the first one is easy but the second I had to look up: jobs done privately by employees without the employers’ knowledge

Although I wasn’t too keen on the anagram indicator, the surface reading of 18 down more than made up for it.