We have a workmanlike puzzle today from one of our unknown setters – let us know how you got on with it in a comment.
If you’re really stuck for an answer you’re allowed to highlight the space between the brackets under the troubling clue.

1a  Town in decline, vibrant originally in Wales? Not quite (4,4)
{EBBW VALE} – this is a town in South-East Wales which was once the parliamentary constituency of Aneurin Bevan and later of Michael Foot. Start with a verb meaning to decline or recede, then insert the initial (originally) letter of V(ibrant) inside most (not quite) of WALE(s).

5a  Stratagem revealed by doctor during walk (6)
{GAMBIT} – put one of the abbreviations for a medical doctor inside a manner of walking.

11a  Deep regret about short mouthful (7)
{REMORSE} – a charade of a prefix meaning about and a small amount of food without (short) its final L. 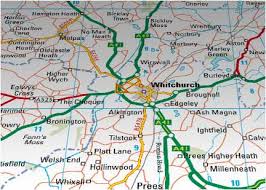 15a  Run in next race (5)
{EXTRA} – hidden in the clue is a type of run in cricket which is added to the batting side’s total, but not to the score of any individual batsman.

20a  Access for transport (8)
{ENTRANCE} – double definition. This word comes up regularly as a synonym for transport and just as regularly seems to cause problems for some solvers. Transport, as a verb, can mean to fill with rapturous delight or throw into an ecstasy.

25a  Dress’s hem is dropped in church (7)
{CHEMISE} – HEM IS has to be inserted (dropped in) inside the abbreviation for Church of England to make a straight dress.

26a  Faith right to be imprisoned in credit fraud (10,5)
{CONFIDENCE TRICK} – this is a type of fraud, as demonstrated in the TV series ‘Hustle’. Start with a synonym for faith or trust and add an informal word for credit (deferred payment) with R(ight) contained (imprisoned) inside it.

27a  Pale china stopper (6)
{PALLID} – a charade of what china means in Cockney rhyming slang (“china plate”) and a stopper or cover for a container produces an adjective meaning pale or anaemic.

28a  New cadet penning article before English social event (3,5)
{TEA DANCE} – this social event is an anagram (new) of CADET around (penning) an indefinite article, then ending with E(nglish).

2d  Copper, say, has contemptible spirit, we hear (4,5)
{BASE METAL} – “say” is an indication that this is a definition by example, so copper is an example of this. Put together a synonym for contemptible or dishonourable and a homophone (we hear) of a word meaning spirit or courage, as used in the phrase “to be on one’s ******”.

3d  Animal expert near injured warhorse (7)
{VETERAN} – the definition is warhorse, i.e. someone old and experienced. Start with an abbreviation for someone who is trained to treat sick animals and add an anagram (injured) of NEAR.

4d  On about one close to time lord (5)
{LIEGE} – for our second cricket-related clue (I can hear the complaints already!) we want another word for the “on” side of the wicket (i.e. the side that the batsman’s legs are on when he’s at the crease). This goes around (about) I (one) and we finish up with the last letter (close) of (tim)E to make a feudal lord.

6d  Storm after hail is normal (7)
{AVERAGE} – a word meaning normal or 13a is made by putting a verb meaning to storm after a latin salutation (hail).

7d  Bishop fell over brush (5)
{BROOM} – start with the abbreviation for B(ishop) and then reverse (over) another word for fell (a stretch of high, uncultivated land).

9d  Working with distinction, with payment to be made at a future date (2,6)
{ON CREDIT} – a word meaning working (i.e. not switched off) is followed by a synonym for distinction or esteem to make a phrase describing how goods and services can be obtained without the need for immediate payment.

14d  Beer Dane brewed in a Scottish city (8)
{ABERDEEN} – possibly the most obvious anagram we’ve had for some time, indicated by brewed.

16d  Course artist announced for planner (9)
{TACTICIAN} – this planner requires two homophones (announced) – firstly a course taken by a sailing ship and secondly an Italian Renaissance artist known for his sensuous use of colour.

17d  Late drink may make bad thing better (8)
{NIGHTCAP} – the clue should really be the other way round, i.e. bad thing better may make late drink. Start with an anagram (bad) of THING and add a verb meaning to better or outdo.

19d  Swallow last drop of Chianti, an Italian drink (7)
{MARTINI} – a type of swallow (the feathered variety) is followed by the final letter (last drop) of (Chiant)I.

21d  Declare little Edward must be turned away (7)
{AVERTED} – a verb meaning to declare or assert is followed by a diminutive (little) of Edward to form a past participle meaning turned away.

22d  He appears with Catholic king — the French barrack (6)
{HECKLE} – string together HE, C(atholic), K(ing) and a French definite article.

24d  One taken from minor, easily bribable (5)
{VENAL} – start with an adjective meaning minor, usually applied to a category of sins less serious than mortal ones, and remove (taken) the I (one) to leave another adjective meaning easily bribable. When researching what such minor sins include I was surprised to find that one of them is wearing designer-labelled clothes, so it’s just as well that my tailor is Mr Primark.

None of the clues really stood out for me today, but my pick is 7d. Let us know what you thought in a comment.
I can’t believe that anyone is stuck on the Quickie pun, but if you are it’s {FILL} + {SPECTRE} = {PHIL SPECTOR}.