Toughie No 504 by Firefly

Today is groundhog day and it felt like it when I was solving this puzzle, again and again coming across clues where you have to remove one or more letters from the fodder before you can work out an anagram. Writing the review did make me appreciate it more (and there are some very good clues) but I still think that there are too many of these convoluted anagrams.
Let us know how you fared with it and please remember to click on one of the stars below to show how much you enjoyed it.

1a  ‘Nice bum, Nancy’ inappropriate with one leaving ministry (10)
{INCUMBENCY} – a bit of a chuckle to start with. The answer means the holding of an office, especially an ecclesiastical one (ministry). It’s an anagram (inappropriate) of NICE BUM N(an)CY after AN (one) has left. Here’s a clip of Nancy and friends which goes some way towards illustrating the clue:


6a  Flier’s visibility restricted when moving to port (4)
{IBIS} – this large wading bird (flier) is hidden (restricted) and backwards (moving to port, in an across clue).

9a  Incident of dog trapped in setting concrete, time being short (10)
{OCCURRENCE} – the definition is incident. Put a synonym for dog inside (trapped in) an anagram (setting) of CONCRE(t)E which is short of T(ime).

10a  Marked extremity in Paris (4)
{PIED} – an adjective meaning variegated or having various colours (marked) is also the French word for foot.

13a  Odd bits of cash under rug promise onset of saving (7)
{CURIOUS} – the definition is odd. Start with a bit of each of C(ash) U(nder) R(ug), follow this with a promise to pay and finish with the first letter (onset) of S(aving).

16a  Bars where soprano stands out (6)
{SPOKES} – the bars that connect the hub of a wheel to its rim are S(oprano) followed by a verb meaning protrudes or stands out.

17a  Quaint practices put Rod off (7-8)
{PICTURE-POSTCARD} – an anagram (off) of PRACTICES PUT ROD gives us an adjective meaning traditionally charming and old-fashioned.

18a  Reportedly, river master’s infectious (6)
{TAKING} – this word means infectious or catching and it sounds like (reportedly) a Scottish river (the same one that we had in yesterday’s Cryptic) which is followed by a monarch or master.

20a  For part of recess minister goes to East Albania (6)
{REVEAL} – the abbreviation for a minister (the religious kind) is followed by E(ast) and the IVR code for Albania to make the side surface of a recess (a new meaning for me).

21a  You vacuous Frenchmen! One starts to esteem Russians as more attractive (7)
{YUMMIER} – we want an informal comparative meaning more attractive or more delicious. Start with an empty (vacuous) Y(o)U, add two titles for a Frenchman, then I (one) and the initial letters (starts to) of E(steem) R(ussians).

22a  Restraint shown by Armenian regulars (4)
{REIN} – take the even (regulars) letters of Armenian.

25a  A strong dish? (10)
{STROGANOFF} – this is a sort of all-in-one clue with the question mark indicating that a bit of lateral thinking is needed. The answer is, or can be, a strongly flavoured dish. It’s a reverse anagram – if you take the last three letters of the answer to be an anagram indicator and apply this to the fodder (the first seven letters) you end up with A STRONG.

27a  Wanderer returned with very advanced disfigurement (10)
{ADVENTURER} – an anagram (disfigurement) of RETURNED with V(ery) and A(dvanced) leads us to a wanderer.

1d  Electronic gadget in mid-air above Hull? (4)
{IPOD} – the name of this gadget is the central (mid) letter of aIr in front of (above, in a down clue) an outer covering or hull. Apple are apparently bringing out a special version for police officers, to be called the Iplod.

3d  Harry rubbishes wine label featured in pathetic docudrama (6)
{MARAUD} – we want a verb meaning to plunder or harry. It’s an anagram (pathetic) of (doc)UDRAMA after DOC (the Italian equivalent of appellation contrôlée, in full Denominazione di Origine Controllata) has been thrown away (rubbishes, presumably in the sense of “move to the bin”).

4d  Temperature being down, I’m not persevering inordinately with ‘Sundrops’ (7,8)
{EVENING PRIMROSE} – this is yet another clue where we have to remove a bit of the fodder before we can work out the anagram. It’s an anagram (inordinately) of I’M NO(t) PERSEVERING with the T(emperature) being dropped. The answer is a plant with pale yellow flowers. Sundrops is apparently a variety of this plant, though I am confused (happens quite a lot) because the answer is a flower that opens at dusk whereas Sundrops opens at sunrise. Perhaps one of our gardening experts can explain?

5d  Thorny type of Conservative law — we object? (6)
{CACTUS} – the definition is a thorny type (of plant). It’s a charade of C(onservative), a synonym for law and the accusative or objective case of the pronoun “we”. 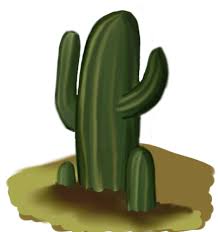 7d  Workman placing barrel on stack at top of tier? (10)
{BRICKLAYER} – start with B(arrel) and add synonyms for stack and tier to make this skilled manual worker.

11d  Gets going with leads from politician involved in nothing but deceits (4-6)
{JUMP-STARTS} – there’s a nice bit of deception here. Seeing “leads” there’s a strong temptation to look for initial letters, but the definition is “gets going with leads”. Put the usual abbreviation for a politician inside (involved in) an adverb meaning exactly or nothing but, then finish with a synonym for deceits.

12d  Kick around with Newton in France — living in cutter (5-5)
{FLICK-KNIFE} – this is something that cuts. Put an anagram (around) of KICK followed by N(ewton) (the SI unit of force) inside the IVR code for France and a synonym for living. I thought it was slightly odd to use “living” here, since it’s virtually the same word as the one we want.

13d  Scots lad’s nasty, heartless lie (7)
{CALUMNY} – start with a male Scottish name (neither Ian nor Mac this time) and add the outer letters (heartless) of N(ast)Y to make a lie, specifically one that slanders someone.

14d  Except for underside, tapestry’s ruined in shower (7)
{SPATTER} – remove the last letter (underside? – I suppose this just about works in a down clue) from TAPESTR(y) and use what’s left in an anagram (ruined) to make a verb meaning to shower.

19d  This, if this, ends in being cleaned? (6)
{GUTTED} – this is a clever clue, though difficult to get without the checking letters. The definition is cleaned (like a fish, having its innards taken out) and if you apply the same principle to the answer itself (i.e. take out the insides) what you’re left with are the final letters (ends) of beinG cleaneD.

20d  14 cooked timeless meal (6)
{REPAST} – once again we have to remove a letter (Timeless) from some anagram fodder, this time the answer to 14d. If you cook what’s left you get a meal.

23d  Secure African upland (4)
{MOOR} – nice triple definition, the African being from the North-West of the continent.

24d  Opening of Armistice service held up — it’s a long way off (4)
{AFAR} – the initial (opening) letter of Armistice is followed by one of our armed services reversed (held up, in a down clue).