This is almost certainly a Ray T production.  Although I found it enjoyable, I expect that the usual suspects will disagree!

11a    An impediment to freedom of speech? (10)
{LARYNGITIS} – a cryptic definition of a infection of the windpipe

17a    One thinks, for example, first about oneself initially (6)
{EGOIST} – the whole of this semi all-in-one clue provides the definition – start with the Latin abbreviation of “for example” and then put IST (first) around O (Oneself initially)

20a    Litre with super price cut (8)
{LACERATE} – a charade of L(itre), super or first-class and a price or charge gives a verb meaning to cut

22a    Go astray? Awful for fabulous sailor (6)
{SINBAD} – combine synonyms for to go astray and awful to get the hero of one of the tales in the Arabian Nights, who relates the fantastic adventures he has during his voyages 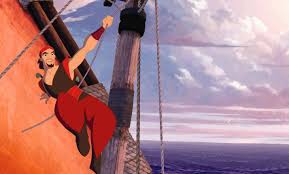 25a    Works around new mortar (6)
{CANNON} – a collection of sacred books accepted is placed around N(ew) to get a heavy piece of artillery, typically mounted on wheels (mortar)

26a    It could be relatively advantageous (8)
{NEPOTISM} – a cryptic definition of the practice among those with power or influence of favouring relatives or friends, especially by giving them jobs – apparently with reference to privileges bestowed on the ‘nephews’ of popes, who were in many cases their illegitimate sons

3d           Leave Britain with sanction to find Grail? (6)
{GOBLET} – a charade of to leave, B(ritain) and to sanction or permit gives a grail or large drinking cup 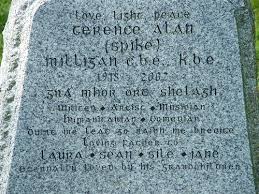 If you think this is hard then try today’s excellent Toughie from Notabilis.  You might change your mind!