Another typical Telegraph puzzle from Jay, our Wednesday wizard.

13a    Came up with expert in breakers’ yard at last (8)
{SURFACED} – to get a verb meaning came up put an expert between some breakers, as in waves rushing up a sloping beach, and D (yarD at last)

19a    Shell group function (8)
{BODYWORK} – the shell, of a car say, is a charade of a group of people and to function or operate 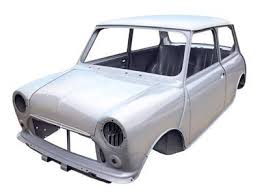 26a    First-class touring car outside, but walk (4)
{GAIT} – the usual two-letter abbreviation for first-class has a Gran Turismo (touring car) outside to give a way of walking

1d    The main asset a man shifts (6,3)
{TASMAN SEA} – the stretch of water between Australia and New Zealand is an anagram (shifts) of ASSET A MAN 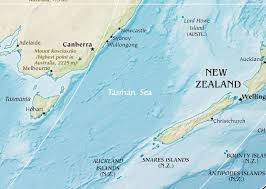 2d    How to track down a supplier of fossil fuels? (6,9)
{CARBON FOOTPRINT} – a cryptic definition of the measurement of the emissions from fossil fuels

4d    Expert returning poor cards dealt (3,4)
{DAB HAND} – an expert is built from a word meaning poor reversed (returning) and the set of cards dealt to a player

19d    Radical throw-back, one in female surroundings (7)
{BOLSHIE} – to get a word meaning radical or holding left-wing views start with a throw reversed (back) and follow it with I (one) inside a female pronoun

21d    Carries babies, full of energy (5)
{TOTES} – a word meaning carries is derived by putting babies around (full of) E(nergy)

I do wish the Telegraph would dump grids like this one!