12a    Composer ignores a Green artist (2,5)
Drop the A (ignores a) from a composer and then follow it with a prefix used for protection of the environment (green) to get this artist 17a    Old Mayor in revelling helped enjoy folk song (1’2,3,4,4)
Put the first name of the former Mayor of London inside an anagram (revelling) of HELPED ENJOY to get a famous folk song about a huntsman whose “View, Halloo!” could awaken the dead

1d    Having this, belt’s tight in fat person — not half (3-5)
Put an anagram (tight) of BELT inside the second half of a word meaning having a round, plump appearance to get what may be a feature of said person

9d    Comparison in adverts making crazy offer and rebate (6,3,5)
A comparison used in adverts showing the results of using a product is an anagram (crazy) of OFFER AND REBATE 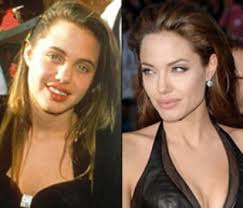 19d    Two separate articles penned by Bloom — rising author (7)
Insert two indefinite articles inside (penned by) a flower which is reversed (rising) to get this Trinidadian author of Indian descent, known for his novels set in developing countries 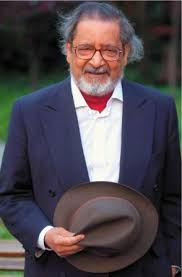