I’m pretty sure that this is a Ray T puzzle. The Quick crossword has all his idiosyncrasies, including a homophone in the first two across clues that you have to repeat over and over again before the penny drops.

1a    Alpha males, fit and flexible (8)
{AMENABLE} – a charade of the first letter of the alphabet, males and a word meaning fit gives an adjective meaning flexible 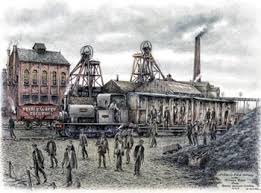 10a    Spacious car park? (6)
{ESTATE] – a double definition – a car designed to carry passengers and goods, with a large area behind the seats for luggage, and a park

12a    ‘Turbulent priest’ due for infamy (9)
{DISREPUTE} – an anagram (turbulent) of PRIEST DUE for gives a word meaning infamy – with an intentional allusion to the words spoken by Henry II about Thomas à Becket “Will no one rid me of this turbulent priest?”

16a    ‘Toffees’ always put weight on (7)
{EVERTON} – a brand of sweets introduced by Barker and Dobson to honour their local football team, now known as The Toffees, comes from a charade of a synonym for always and a heavy weight 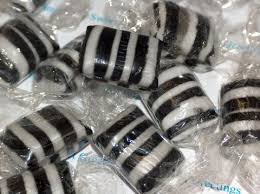 19a    Single, therefore departed following divorce (7)
{ISOLATE} – a charade of I (single), therefore and departed or deceased gives a word meaning to divorce or separate

24a    With it, help backward nation (5)
{INDIA} – a word meaning “with it” is followed by help reversed to get an Asian nation

1d    Rising artist, reprobate supported by English gallery (6)
{ARCADE} – start by reversing (rising in a down clue) an artist, add a reprobate and finish off with E(nglish) to geta gallery lined with shops or amusements

4d    Thrashes left and right initially with goad raised (7)
{LARRUPS} – a verb meaning thrashes is derived from the initial letters of Left And Right followed by a goad reversed (raised, in a down clue)

6d    Blows showing girl’s bloomers (9)
{DISASTERS} – these blows or calamities are a charade of a girl’s name, the ‘S and some flowers (bloomers)

7d    Smartness? To the French, Paris say, holds recipe (8)
{ALACRITY} – a word meaning smartness comes from the French for “to the” followed by what Paris is an example of around R(ecipe) – the abbreviation R for recipe, the Latin for to take, comes from its use on prescriptions

15d    Gent, with a man I suspect, coming out (9)
{EMANATING} – an anagram (suspect) of GENT with A MAN I gives a word meaning coming out

22d    Connect good man with halo? (6)
{STRING} – to connect together is a charade of a good man and the shape of a halo

26d    Unearth ancestry following start of tree (5) [apparently the version of this clue in the newspaper is incomplete!]
{TRACE} – a word meaning to unearth or detect comes from descendants of a common ancestor after T (start of Tree)

I found this to be one of Ray T’s easier puzzles – why not have a go!