A full review by Gazza

This is the Christmas Eve puzzle from Rufus. He gave us a cracker with a seasonal theme and plenty of pies. If you have a feeling of deja vu about the review  you’re right  – this is pretty much what I published on Christmas Eve morning before  I realised that it was a  prize puzzle.

1a He is, or could be, the provider of Christmas stockings (6)
HOSIER – someone who sells stockings, not just at Christmas, is an anagram (could be) of HE IS OR.

9a Drink — the Christmas sort? (6)
SPIRIT – another double definition, the drink being of the alcoholic variety.

12a Old-fashioned frill for the bird (4)
RUFF – this is both a starched frill worn round the neck in Elizabethan times and a kind of sandpiper.

13a Church worker provides a carol, perhaps (5)
CHANT – a charade of an abbreviation for church and a busy insect.

14a Do nothing like Jack in pantomime (4)
IDLE – a verb meaning to be lazy (do nothing) is, as an adjective, how Jack is described in the Beanstalk pantomime.

17a Hasty cards I’m sending out in time for this (9,3)
CHRISTMAS DAY – an anagram (sending out) of HASTY CARDS I’M. It was a bit late to be posting cards on Christmas Eve if you expected them to arrive by this time!

20a Proverbially oversized nutcracker? (12)
SLEDGEHAMMER – cryptic description of a tool that is too powerful for a mundane task.

23a He returns for Christmas (4)
LEON – this is a boy’s name. If you reverse it (returns) you get another word for Christmas.

28a A priest’s upset about snowstorm initially, but carries on (8)
PERSISTS – a verb meaning carries on is an anagram (upset) of PRIEST’S round the first letter (initially) of S(nowstorm). I don’t know why the A is there at the start – the clue would be better without it.

29a Often drunk at Christmas — too much is bad for it (6)
HEALTH – another double definition. What glasses are raised to in a toast can be impaired by too much drink.

30a Mince-pie man? (8)
SHEPHERD – lovely cryptic definition of someone who has given his name to a pie containing minced meat. 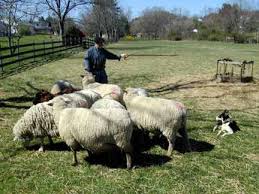 31a Ecstatic when surrounded with Christmas paper, say (6)
ENRAPT – an adjective meaning ecstatic sounds like (say) a description of a parcel under the tree.

1d Cigars he ordered — an archbishop’s entitlement (3,5)
HIS GRACE – the manner in which an archbishop is addressed, i.e. his title, is an anagram (ordered) of CIGARS HE.

2d Mince-pie first taken up by the few? (8)
SPITFIRE – an anagram (mince) of PIE FIRST is a plane flown by “the few” in the Battle of Britain.

3d Very large pie cooked at start of Christmas (4)
EPIC – a description of something done on a grand scale (very large) is an anagram (cooked) of PIE followed by the first letter (start) of C(hristmas).

5d Royal address at Christmas (6,6)
QUEEN’S SPEECH – a gentle cryptic definition of the traditional Christmas Day message from the sovereign.

7d One all set for a musical party (4-2)
HAIR-DO – a style possibly set for you at your local salon is a charade of a 1960s musical and a synonym for party.

8d Skidded when we got in the sleigh (6)
SLEWED – Insert WE in a sleigh to make a verb meaning skidded.

11d The dream that involved a man at a party (3,3,6)
THE MAD HATTER – an anagram (involved) of THE DREAM THAT produces a fictional character at a tea party.

18d It often gets held up in winter weather (8)
UMBRELLA – cryptic definition of something that you hold above your head in an (often vain) attempt to keep dry.

19d Councillor raised thanks to child — Tiny Tim (8)
CRATCHIT – Tiny Tim’s surname in A Christmas Carol is formed from the abbreviation for councillor, an informal way of saying thanks which is reversed (raised, in a down clue) and a word (derived from a contraction of kitten) used for a young child.

21d Nursery ones are busy at this time (6)
SLOPES – cryptic definition of where would-be skiers learn how to fall over gracefully.

22d Part of Christmas dinner, with greens? (6)
COURSE – double definition, the second where you play golf.

26d Want one turkey bone? (4)
WISH – a synonym for want is what you’re allowed to make if you get the bigger bit of this turkey bone in the pulling competition.

27d Check on the deer for Santa? (4)
REIN – a verb meaning to check can also be put in front of (on, in a down clue) deer to make Donner and Blitzen, etc.