Toughie No 488 by Firefly

From euery shyres ende of Engelond to Caunterbury they wende

Firefly has given us a themed puzzle today, based on the famous work by 10a about the stories told by each of the travellers on a pilgrimage from Southwark to a cathedral city in Kent. It’s entertaining, but once you’ve grasped the theme it’s fairly straightforward, especially if, like me, you had to study the work for O-level English.
Please click on one of the stars below to indicate how much you enjoyed it, and your comments, as always, are very welcome.

8a  In Bordeaux one turns right by river for nourishment (7)
{NURTURE} – the definition is nourishment. Reverse (turns) how a native of Bordeaux would say one and add an abbreviation for right and a Yorkshire river.

10a  Poet failing to rewrite cartouche (7)
{CHAUCER} – an anagram (rewrite) of CAR(to)UCHE without (failing) TO gives us the author of today’s theme.

12a  How do you do nothing after nightmare? (5)
{HELLO} – the letter that resembles nothing goes after something terrible (nightmare) to make a greeting (how do you do?).

13a  He may be busy at the wall until eryngium’s pruned (5)
{TILER} – peel away (pruned) some letters to leave a tradesman.

14a  Patron’s somewhat in shade (7)
{HABITUÉ} – a regular attender (patron) is formed from a synonym for somewhat (1,3) inside a shade.

19a  One reflecting the current situation had an audience in the morning with the Queen (7)
{AMMETER} – an instrument for measuring electric current is made by putting another way of saying had an audience between the abbreviations for morning and our Queen.

21a  As Granny to ordinance, it’s relative (2-3)
{IN-LAW} – another familiar term for granny appears inside ordiNANce and a cryptic description of its position is also a relative by marriage. I’m not sure why granny is capitalised.

24a  Regularly excels, to limits of art, gaining distinction (5)
{ECLAT} – the odd (regularly) letters of excels are followed by the outer letters (limits) of art.

26a  G-g-ghastly fire — ye gods! (4,5)
{GOOD GRIEF} – an exclamation of surprise (ye gods!) comes from a word that G is an abbreviation for, G itself and finally an anagram (ghastly) of FIRE.

27a  Mark for corporal? He’s extremely vital round our Naafi, for starters (7)
{CHEVRON} – this is a v-shaped mark indicating rank. It’s the initial letters (for starters) of seven consecutive words in the clue.

28a  Top game features a bod I trained, see? (7)
{DIABOLO} – an anagram (trained) of A BOD I is followed by a short word for see to make a game played with a top. 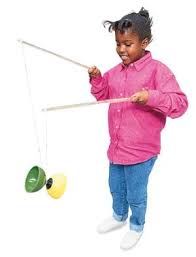 1d  Contributor to 10’s almost in a knot… (6)
{KNIGHT} – six of the down clues lead to the names of contributors (i.e. storytellers) in 10a’s work (17a). This one is an old word for almost inside the abbreviation of knot (the measure of speed, not the granny variety).

2d  …another is female, endlessly irritating… (8)
{FRANKLIN} – … and this one is F(emale) followed by a present participle meaning irritating without its final G (endlessly).

6d  ‘Cat’ commander gets a good deal, we hear (6)
{OCELOT} – a wild cat native to South and Central America is formed from the abbreviation for the officer commanding followed a sound-alike of A LOT (a good deal).

7d  Contributor to 10 has papers about French king’s ascent (8)
{PRIORESS} – another contributor to our theme is a collective word for newspapers around the French word for king reversed (ascent, in a down clue).

15d  Graduate’s doodah and short gown useful in the wet? (7,3)
{BATHING CAP} – a charade of an arts graduate, a synonym for doodah and a gown without its final E (short) is useful when swimming (in the wet).

17d  Mix fuel with core from early moon (8)
{COALESCE} – a verb meaning to combine or mix is a fossil fuel followed by the middle (core) four letters from the curved shape of an early moon.

18d  Ball in reserve turned up a treat (8)
{LOLLIPOP} – put a small ball (of medicine, say) inside a group of people available to be called upon as required (reserve) and then reverse the lot (turned up, in a down clue) to make a treat for a young child (or a bald, TV detective).

20d  Contributor to 10 using endless cereal crop and last of flour… (6)
{MILLER} – this contributor is a cereal crop without its final T (endless) followed by the last letter of flouR.

22d/5d  …another’s Lady Thynn? (4,2,4)
{WIFE OF BATH} – our final contributor, were she alive today, might be called Lady Thynn, because Thynn is the current spelling of the family name of the relevant marquess.

23d  Reportedly ‘Summoned by Bells’, as were the 17ac (4)
{TOLD} – this sounds like (reportedly) how bells were rung and it’s how the stories in 17a were related.